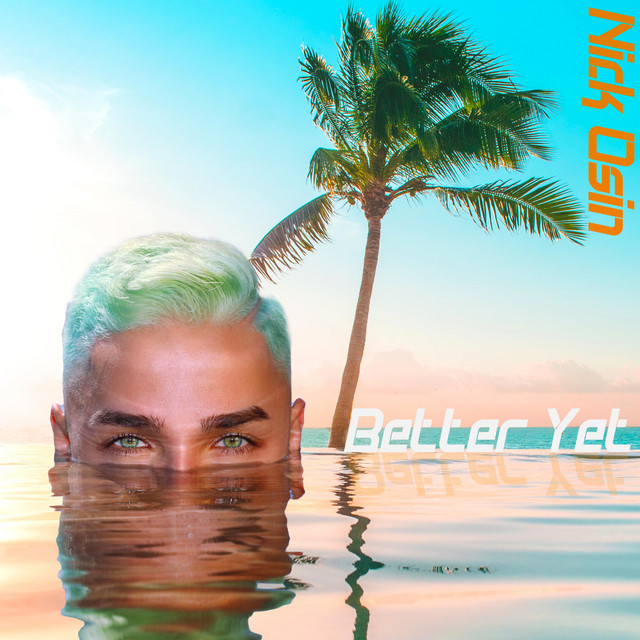 He is a great vocalist who is going to impress the world with his vocal abilities and lyrical vulnerabilities. He is the Leonardo da Vinci of the music art and he delivers with unrivaled bravado passionately expressive musical genre focusing on universal themes and delicious lyrics interwoven with Pop rhythms, virtuosic vocals and electronic music instrumental backgrounds to fashion a super-fascinating sound that will sweep you off your feet as you give in to its strong melodicism and turn up the volume each time it plays through your device. It is terrific, a serotonin-boosting anthem; listen to this anthem in the morning and the rest or your day will be exponentially better. This is what a nobleman, born in Vinnystia, Ukraine and now in Hollywood, Los Angeles California has generously gifted the universe. His patience and persistency has been vindicated and he is on a musical journey, close to his heart that pushes him the most and promotes the unfoldment of his gifts, talents and personal prowess.

“ Slow down I thought you were the one had enough now, I’m just having fun better yet baby now I can finally see, better yet baby reality just hit me,” are some of the expressive and captivating lyrics that are delivered by Nick’s rich and flavorful vocal harmonies to complete of a lush and puppy feel. The signatory blue riffs performed with genuine intensity and masterfully skilled vocals will make you feel unbelievable warmth permeate you. His vibrancy and soulful performances bring across his heartfelt and compelling delivery. This enthralling tune will keep playing in your head long after it is over. The electric dance beats and the carefully approached notes coloring his vocal tunes to time the chorus and finally adding his spirit to it is an echo of the fragrant heights of his impeccable talents. No words are enough to describe the emotions this detailed musical harmony invokes.

The video is a visual delight as he displays his flawlessly coordinated and percussive dancing skills that seamlessly mix in with the melodic background rhythmic pulse. The use of dazzling augmented colors allows the viewer to look beyond the action. It’s epic, clever, and magical! The video has already received over 10,000 views on YouTube and is set to break even more records. “Another Level,” his other hit, is frenetic with a beautiful blend of syncopated appealing rhythm supported with a recognizable electrical beat to produce an organically great symphony. This man must have lived many lives because his orchestrations are without comparison or imitation. The deafening reality is that he is blossoming into a phoenix rising star.

Nick Osin is a great vocalist who is going to impress the world with his vocal abilities and lyrical vulnerabilities. He is the Leonardo da Vinci of music.

Catch Up With Nick Osin on: