Amassing Over 65,600 Streams On Spotify ADZii Boii’s Second Single “It's Party Time” is a Landmark Release in His Swiftly Expanding Catalog 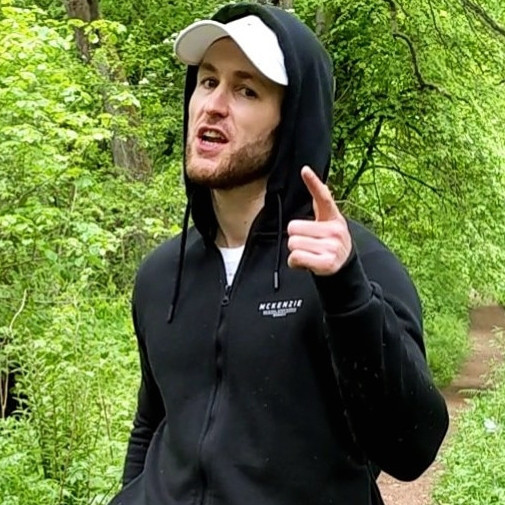 The future certainly belongs to those who believe in the beauty of their dreams and for UK-based Hip hop artist ADZii BOii the dream is yours for the chasing and there is no right or wrong time to do it. It was certainly no pity party for him as he decided to follow his passion for songwriting despite having an honors degree in electrical power engineering. His music is influenced by everything happening and he draws inspiration from his life experiences which haven’t always been so glamorous as he has had to battle with anxiety and other mental health conditions, he now uses his music as therapy so that people battling similar emotional storms might be able to find comfort in his genuinely emotional and resonating Hip hop melodies. This unapologetic new rapper is helping define a new hip hop sound that is imbued with impassioned blood-lettings full of frankness and vulnerability that reminds his listeners everywhere that there is no shame in vulnerability and nothing to be gained from pushing your feelings down for feelings are meant to express in whichever legal and positive way available at their disposal. While some of the lyrical content of his songs have centered on emotion and mental struggles such as his intensively emotional single, “Better believe”, his second single, “It’s Party Time” is more boastful and jubilant with a danceable rhythmic element that befits a party occasion or sets the mood for a night with friends at a night club as you dance the night away in wild abandon to its explosive beats.

“I just stopped working…now, it’s time to close the curtains…on this side of my life…and get the bottles poppin’…” are some of the playful and intricate word-play lyrics that ADZii BOii raps seamlessly with surprising ease like a legendary rapper who has been doing that for years and yet he has only been in the industry for 2 years. His commanding delivery and rap skills integrate with perfect beauty with the rhythmic blend of background instrumentations of the synth riffs, drum machines, and other percussive and harmonic hip hop instruments to create an entrancing and appealing anthemic sound. The overall tone and party vibe of the tune is a huge testament to the sound mixing and design expertise ADZii BOii has mastered in his short and expanding career. This is a party-anthem that can headline any event and get a crowd moving to its memorable bars and electrifying sensation.

“It’s Party Time” is the mainstream concert repertoire which is why I highly believe that ADZii BOii is a connoisseur of Hip hop music who will go on and build an empire for himself through his inspirational and boundary-busting music style. His brave choice to follow his passion and talent for songwriting and rapping has been vindicated and it is paying an awful lot. It seems there is a new wave of migration as listeners jump onto the ADZii BOii Bandwagon- numbers don’t lie!