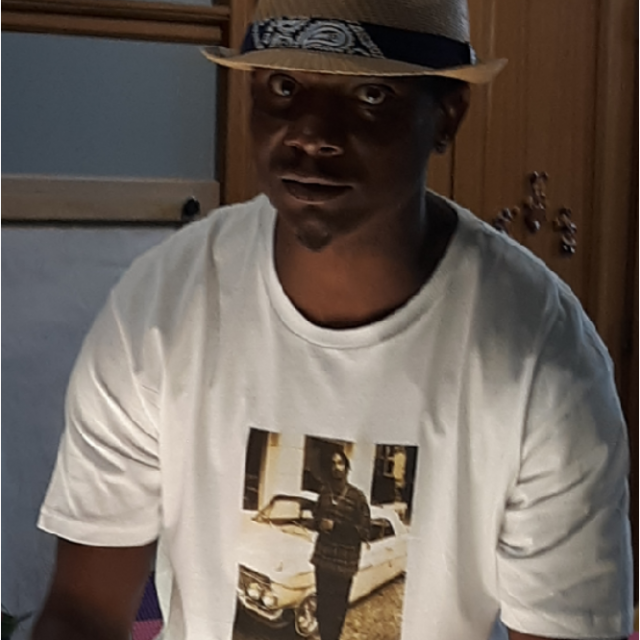 Arizona recording artist, rapper, and producer Cedrick Bogan is a prodigious creative with wide vocal range, unique raw organic storytelling and freestyling ability, creative avant-garde musical concept and has managed to grab the attention of many listeners worldwide with his groundbreaking and certified hit songs becoming the true highlight of the hip-hop genre and the strongest force to be reckoned with in the hip-hop music world. Having dynamism and unpredictability at his affluent arsenal, Cedrick delivers the right emotions with each hit song he produces with his impressive vocal and rap acrobatics present in his solid musical and loftier technique. His songwriting and wizardry delivery is raw and organic in nature and has resulted in a plethora of phenomenal releases to date.

Getting back into the recording booth with his protégé Krizz Kaliko by his side and under the guidance of multifaceted producer Wysh Master, the EP “Apex of Self” was created. Calling it magnificent would be underrating it for this extraordinarily and meticulously crafted and a finely-curated masterpiece is the true highlight of the real hip-hop organic and thought-evocative raw music that we grew up vibing too. We are talking about music by such legendary acts as 2Pac and Biggie or even The Game who is still around!

“Thoughts of Success” is a successful tune in all spheres starting with the introductory deep percussion and the refreshingly energetic instrumentations that join together in unison to give it that special type of melodicism that gives off nostalgic vibes to a listener. Cedrick does well on the catchy hooks which are the capstone of this track “I wake up in the morning in the twinkle of the light, thank the most high, the spirit & the sky…Thoughts of success keep clouding my mind…”. There is that give and take between him and Krizz who promotes the track to glory with his military-grade level of rap ability touching on every core like the Boss he is!

“Superior” is a pompous banging elemental track with some haunting piano melody, some booming bass kicks, and some lyrical prowess on show from the two geniuses as they do their best to deliver to maximum effect – leaving no thought spared! Doing some Shmoney dance on those beats wouldn’t be a bad idea after all!

“No More To Give” is an emotional track and feels like some poetic outpourings where everything is openly laid down for a listener to digest through with careful attention and meditative gesture to whatever the powerful words behind the lyrics are all about. This is real-life music delivered in real-life lyrically moving style. The laid-back rhythm ensures a listener does not get lost in the instruments but rather stays with the message being delivered.

‘Born For This Rap” is exactly as the title suggests, the two acts boast infectious fabulosity of their ability behind the booth and with the mic in their hands. Krizz especially does that Aventador-like rap speed, shining through at 30 miles per hour like some rap magician and Cedrick makes sure this track qualifies as the real gangsta track with the dramatic flair being integrated including the car race at the end which was a very tremendous touch to complete off this equally gratifying track!

You have the chance to listen through this futuristic sound and marvel at such extravagance by following the attached link below – stream the EP, save the tracks in your playlist under the favorites category, share the tracks, and join in as an official loyal fan of Cedrick Bogan.

Catch Up With Cedrick Bogan on: