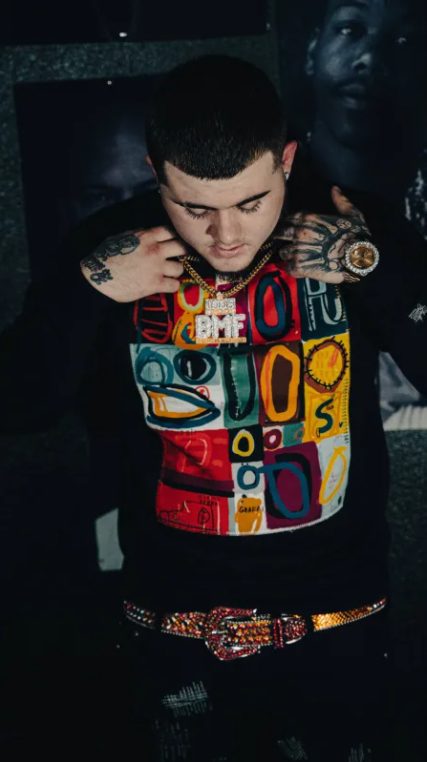 CMC G is a trap sensation from Hammond, Louisiana who has been making real-life music inspired by the truths others are afraid to talk about. His musical journey so far has been nothing short of magical masterpieces as he delivers hard-hitting smash trap songs that depict courage with potent unapologetic precision. A listener is heartened and inspired by his bold sincerity each time and it is such an honor to be part of his momentous brilliance as a fan. He has such a towering command of his musicianship and video artistry which he uses to drive his intricate and technical wordplay lyricism. His latest single and video for the stupendous trap song, “Street Life” is an ultimately triumphant single that will make its mark in the Hip hop scene time and time again.

Taking Centre stage like a Viking warrior ready to fight, CMC G unique and immediately recognizable vocal harmonies are the true highlight of this lit and eclectic smashing tune, breathing life into the narrative and delivering powerful lines that detail the pain, isolation, stress, nervousness that permeate the street life. At some point in his delivery, he says, “I can’t seem to find the time to get this pain to go away”. The high-quality video is a visual treat and the simple setting of its background is even more endearing. It is worth noting that once the melody hits the ground running, it does not pause, not even once for breath as CMC G armed with all the trademark flows at his arsenal captures your attention going all the way as he delivers stellar open-cut lyricism amidst the fiery instrumentations that emerge from the sweet sounds of engines-revving-like kind of melodicism and the lively and infectious percussive beats.

The background video scenery is painted with all these pictures of legendary musicians both the old and new school as a proper indication of how he has borrowed from a variety of musical influences to fashion his own unique and distinct sound that is fierce and cataclysmic. Some of the notable faces a viewer will see include; Eminem, Lil Wayne, Wiz Khalifa, Lil Baby, Young M.A, 50 Cent, Future, Pop Smoke, and Tyga just to mention a few. CMC G is a hugely talented lyricist who has become an inimitable champion of the disruptive and mainstream trap scene and with such releases like, “Street Life” he is set to influence the music industry in ways not many would have imagined of him coming up.

Catch Up With CMC G on: