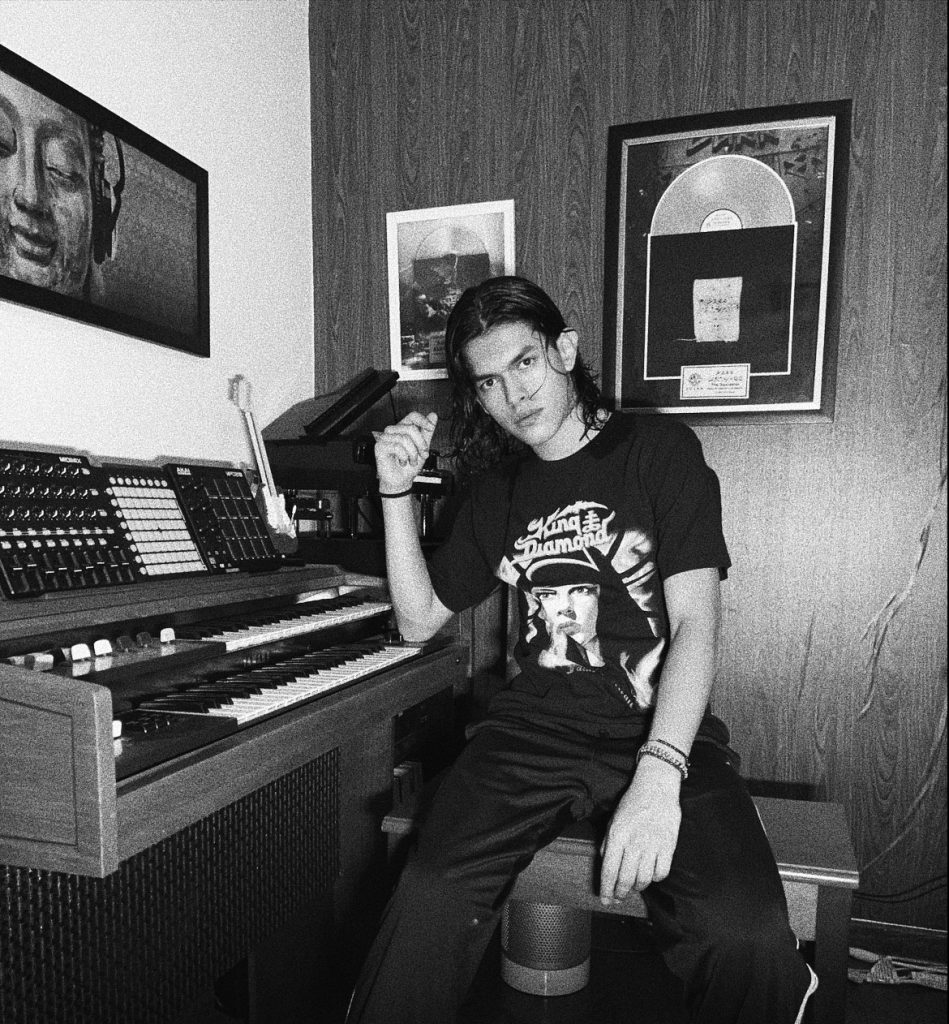 A prodigious creator, record producer, DJ and musician all the way from Mexico city, Daniel Aceves goes professionally as Dark Banshee. Banshee’s reputation really does precede him; he has worked on various films and projects such as, “Adam and The Water” by Mathew Appleby, “House of Cards” by Netflix and many revered works. His 2022 album, “2003”, an 8-track collection was deservedly acclaimed and really endeared him to a massive global following with his unique style that has been described as a blend of diverse heavy pop ingratiating itself to new listeners every day.

After a temporary hiatus, he announced that he is back to the fascination and surprise of many listeners who had already started to miss him. He is not coming barehanded; he has numerous magical tunes he has been working on behind the scenes and he is set to release them, one by one as he reminds the pop world what his harnessed ingenuity can really provide- just in case they forgot!

His style really is mesmerizing; take for the example the single, “Save Me (Dead Flowers)” off of his “2003” album- a very arresting track that fuses multiple elements into one authentic body of art. In this record, he featured the duo of, Wayren Flizzer and Eric Castiglia. Such is the sheer level of innovation and scale this tune boasts that not even words would be enough to describe it-it is indescribably magical and mystical.

The introductory percussion is very hypnotic and the guitars that follow through laying a magnificent ground for the pop-based instrumentation to flourish before the mellifluous male vocals deliver a very passionate performance and after that chorus section enters a film-like hoarse, scratchy and rough vocals to highlight the hyperactivity spark of the tune and there is that blissful exchange between the sweet-toned singing and this hyper sensation that is surprisingly affecting!

This is just an example of what Dark Banshee can deliver and now that he is back, you should expect greatness to take you all year long. Follow him everywhere and don’t let him slip off of your radar even for a second. To listen to, “Save Me (Dead Flowers)”- follow the attached Spotify link and while at it, listen to the other tunes that make Dark Banshee’s impressive discography!

Catch Up With Dark Banshee on: