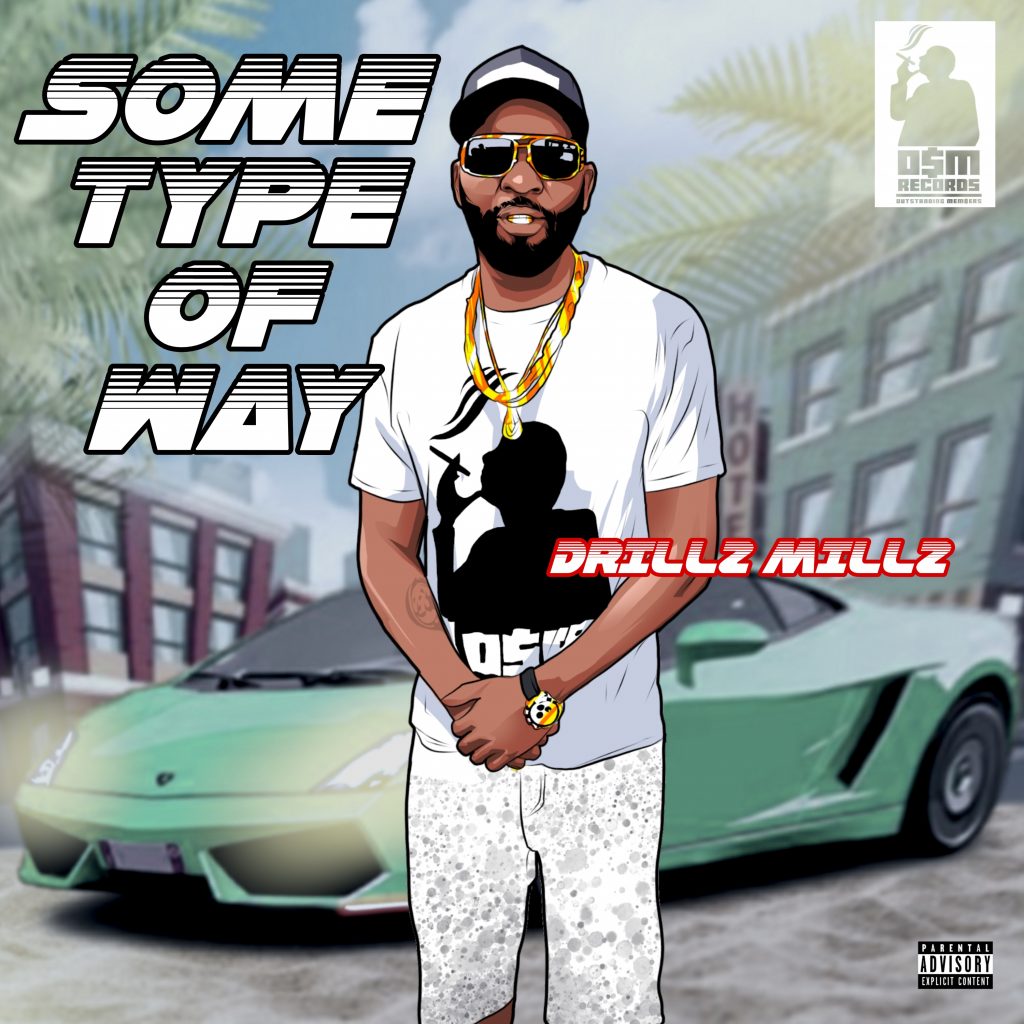 Drillz Millz has been living up to his name as a rap drillmaster, coming through with groundbreaking releases that display his indisputable abilities as a rapper and storyteller. He first demanded major attention with his knife-edge lyricism and freestyle virtuosity when coming on as a guest feature on albums from his label mates and rappers. He has, as a producer made some improvisation on the trap sound by blending some scintillating and electronic rock sonic to it to create what can only be described as a glamorously flamboyant electronic trap!

Coming through the ranks he reunited with his fellow buddy, rapper, and producer Loot G who invited him to the O.S.M. record label and their connection and chemistry kicked off instantaneously. This Chicago legend in the making is now delivering an imposing, emotion-filled, and staggeringly wealthy hip-hop album dubbed “Some Type of Way” a 7-track album inspired and dedicated to the death of his brother Demetrius Framer alias Meat Dogg- the legacy lives on!

The title track “Some Type of Way” is the most appropriate title track there is- the piano oscillations at the intro followed in candid fashion with the blazing trap beats that are escorted to the melodic gates via some luxurious flows- original and authentic as they get from the one and only master, Drillz Millz!

“Fake Love” is hard-hitting both in melodicism and lyricism. It is a no holds barred rap approach that integrates some dance waves with the oscillating trap beats that create a kind of anthem within them; like a musical spider-man, Millz jumps right onto the melodic walls and saves the world from all the “Fake Love”

“4 Corner Kitchen” has a staggering over 39,960 Spotify streams and when you release a nostalgic addictive vibe like that; this is the least you can expect really! I still can’t get the melody off of my mind. It is still brand new and hypnotizing with the gangsta kind of allure combined with rap exceptionality from the word go! It takes you into some hood somewhere with some local barbers, some kid chilling off of a corner, some cop loitering by suspiciously and some teens hooping up to some basketball ball in a court somehow. Just good times and great vibes!

You will find thrill and resonance even in the tracks like; “Dam Thang”, “No Games”, “Like It’s Nothing” and “O.S.M Get Em” – follow the attached link and start feeling “Some Type of Way”

Catch Up With Drillz Millz on: