Singer-Songwriter DustyMarcus Wants You to Be Free in His New Single, “Take It Down” 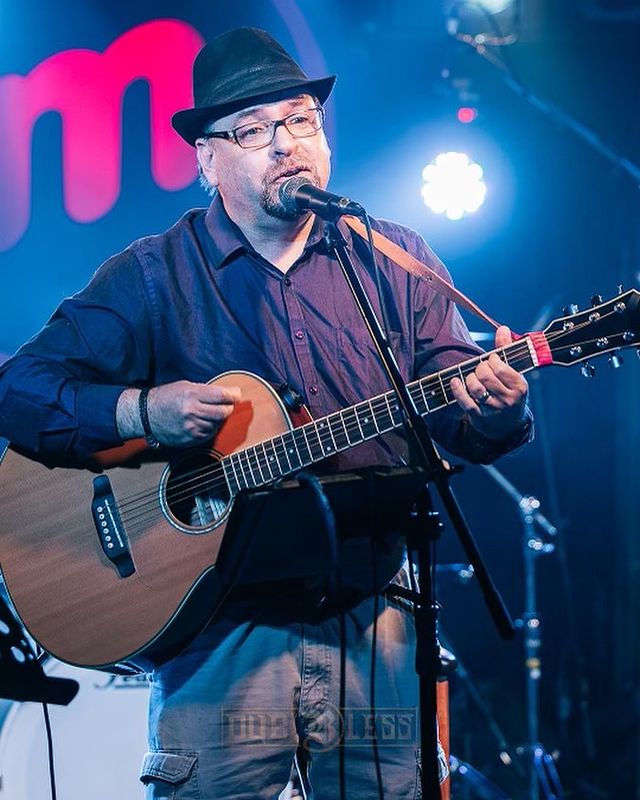 DustyMarcus’ life has always revolved around music, and since the day his grandfather taught him the basics of playing the acoustic guitar, he has never slowed down, picking up from there and blending this newly learned skill with his own dedication to songwriting to begin fueling his passion in music. He had of course started with writing short stories which upgraded to writing poetry to finally songwriting. Dustin was born in Cape Town in South Africa and moved to Canada as a young child in 1981. His musical journey has been nothing short of exciting with stints in several bands such as “The Survivor” and “Decay and the Retribution.”

DustyMarcus’ music influences stem from his lifelong musical inspirations as well as his connection with other cultures and lifestyles from the various places and countries he has traveled. He is currently located in London and Ontario, Canada. DustyMarcus had a good year in 2021, releasing three critically acclaimed singles and the album “A Long Time Ago.”

DustyMarcus is now performing with his son, who is an unrivaled drummer and keyboardist. He’s also a fantastic guitarist and a professional producer. DustyMarcus, who is currently signed to Big Records, Sony/Orchard, has a lot in store for his fans this year and beyond and recently completed a tour with the Maritimes on the “RiseUpTour,” which saw them perform at several London venues.

The single, “Take It Down,” is now available and it is an absolute stunner— proficiently composed and passionately delivered, this track truly fits the description of an authentic masterpiece that cannot be denied by listeners who enjoy the nostalgia of the folk sound combined with the melodic tension of the rock genre!

There is something about this track that makes it a straight favorite- it gets off to a very thrilling start with the punchy drums that are hit with such showmanship and theatrics followed closely by the warm, velvety, raw and relaxed vocals by DustyMarcus. The blend between the drums, the guitar and the keyboard is out of this world!

DustyMarcus’s vocals scream folk sound while the instrumentation tells the tale of rock – this combination itself is heavenly! Rooted in evocative yet demure musical landscapes complimented by the emotionally relatable lyrics and sedative vocals, DustyMarcus really delves deep into the folk rock genre with a thousand-yard stare!

In this tune DustyMarcus fuses bold technical ability with versatility as he delivers a performance that transcends stylistic boundaries, blending his undeniable vocal versatility and artistry with his innate gift of getting at the heart of the song.

DustyMarcus’s repertoire spans across great jazz standards and contemporary music as he harnesses talent that transitions seamlessly between powerhouse delivery and lyrical sound on the grand drums and keyboard, especially on this jam.

Special mention also goes to his son who did justice on those drums performed with such charisma and panache. With “Take It Down” it is easy to say DustyMarcus has found his voice and shows no signs of slowing down. If you are suffering from a migraine and the only prescription is more folk rock, “Take It Down” has to be your savior.

DustyMarcus music has no “target audience” and he makes music for everyone in the mood to enjoy phenomenally crafted music “Take It Down” is an immaculate example. Follow DustyMarcus everywhere and be on the lookout for his new music coming soon!

Catch Up With DustyMarcus on: