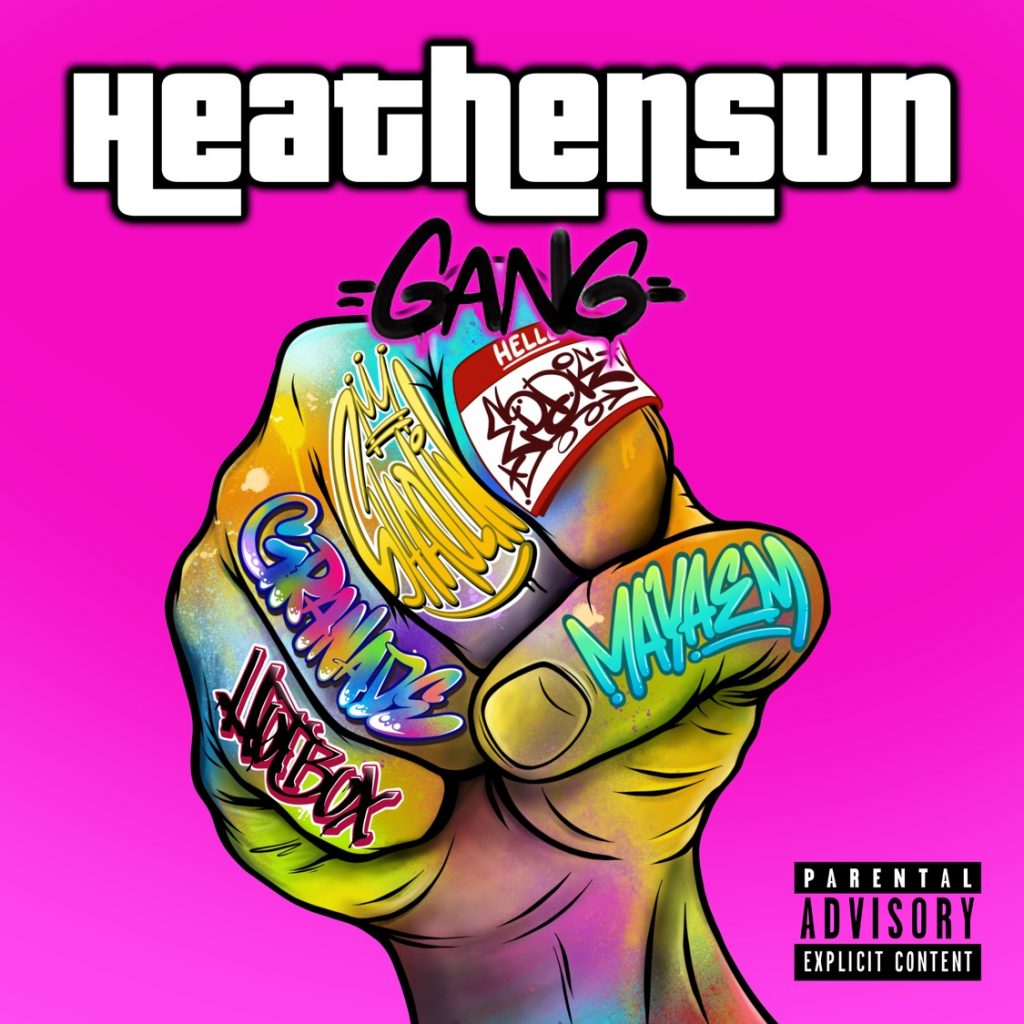 Heathensun is the name on everyone’s lips at this moment; this 4-piece nu-metal band that has been astonishing the rock world with their innate charisma, creativity, and originality has just started and has vowed to leave an indelible mark and legacy once they put their boots down- and that is a promise, not a threat! Bringing the nostalgia of the old-school metal rock combined with the youthful vigor of these modern times; this is exactly where a rock enthusiast belongs. They blend the nu-metal rock with some other scintillating genres in hip-hop, trap, and some energized vocal and instrumental performances to keep listeners and viewers electrolyzed!

They have a new album, “Gang” that is scheduled for 4th July release on all the major streaming platforms, and the single, “Make” is off of that album. You will marvel at the attention to detail in the performance of this powerful melody as well as the proficiency in play in the making of the high-quality music video.

Right from the buildup in the intro with the electronic guitar riffs, you are assured of a euphonious show. The synths join in majestic fashion and some other alluring percussion for extra pleasure right before the sound culminates into a full rock house when the dutiful drums and guitars enter with clarity, distinction, and heavy punch to design a seamless and coherent body of art!

All this structured sound is backed by the vigorous vocal delivery by the lead vocalist Jonny who displays impeccable vocal delivery with his never-tiring demeanor coming out with gusto to tell a story of a born champ. There is indestructible chemistry in the whole band with everything working to perfection to craft an authentically zestful sound with spirit and passion.

The music video brings a certain aura of nostalgia that is delightful to view. All these raw images of people skating, the garage setting, the big city view, and the concert with people vibing animatedly to the band’s music, blended with adroitness to take a viewer from one scene to another professionally is the mark of a distinguished maestro- staggering artistry in play here!

To get an enduring glimpse of this magical work of art; follow the attached link and push the volume up as you savor the metal effervescence!

Catch Up With Heathensun on: