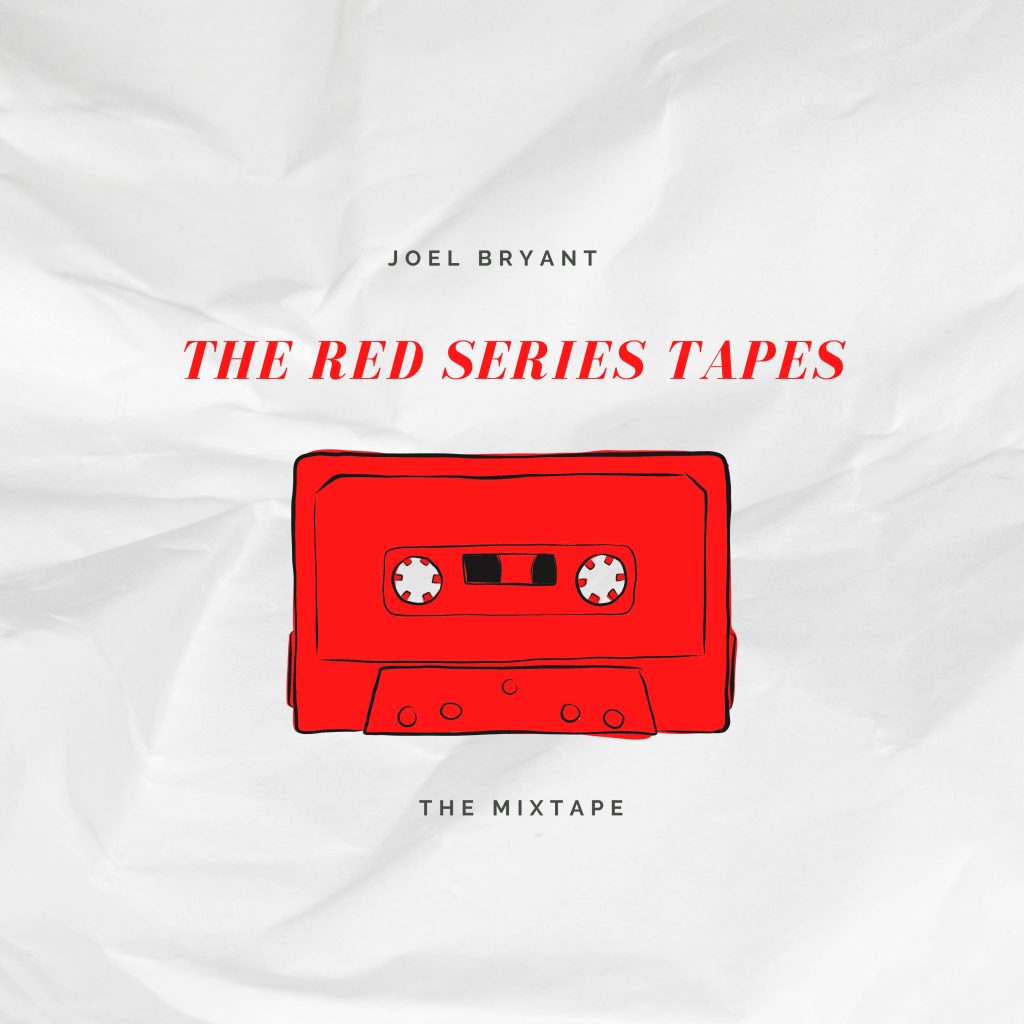 Like a breath of fresh air, the multifaceted artist, Joel Bryant brings a very unique and different approach to the music industry that has been received warmly by eager fans who have had their fair share of the same old music and have heard enough- being offered escape route via Joel Bryant authentic and diversified music feels as therapeutic as much as refreshing.

In his most recent release, “The Red Series Tapes”, his most prolific work to date in my opinion, he manages to square out all the boxes needed by the quintessential modern-day MC. Featuring an even 10 tracks, this up-and-coming South Carolina-native espouses, in “The Red Series Tapes,” a lyrical vim and vigor that’s hard to find in today’s frivolous assortment of mumble rap.

Starting us off with an appropriate title track is “Introductions” a solemn acknowledgment of the struggles involved in coming up in the game, a slowish, Drake-type beat that all but masks his will to reach out lyrically to other like-souls and like-minds out there.

“Jaded Hearts” ups the tempo a tad while managing to combine a heavy 808 underneath it. You might be forgiven for thinking it falls into the run-of-the-mill I’ll-fu*k-your-girl rap, but there’s more to it. “September 10th” is a much more deliberate, albeit slow and mysterious in turn, an indictment on treacherous and deceptive lovers. The Kendrick-inspired flow — twisting and turning experimentally across the bars — isn’t hard to detect. It’s not exactly clear what the titular date is meant to reference: probably a past break-up date, break-up date, but for now we’ll leave it up to your interpretation.

“Broken Waves” is my favorite. Hands down. A hefty bass line underlies lyrics almost yelled. The bars here are hard to beat, and they span inspirations far and wide: JoeyBadass; Freddie Gibbs;

But the reason why it happens to be my top pick has less to do with subliminal influence and more to do with the overall coherence of its thematic concerns. And the vociferousness of the jabs therein. He refers to today’s modern rappers as “bad actors,” and in particular calls out two of the most successful female rappers, referring to them as “hoarse strippers w/ designer sheets” — and even mentions what we now know was a publicity stunt, the Situation between Tory Lanez and Megan The Stallion.

If you’re looking for restraint (or chills, as we used to call it), you won’t find it here. The commentary is really thought through, featuring everything from cancel culture to clout chasing.

“8 pm in Summerville” lowers the tempo again and turns nostalgic both lyrically and production-wise. Again, you might be forgiven for adding it into fuck-the-fame rap category, and that it indeed is, and for good reason. Here, he urges for some self-conscious reflection on the part of both his fans and himself.

“Truth Be Told” begins with an intro of Trump calling out all the “explosions of bulls*it”. Back again to the vociferous attack on the “offended”, the “teary”, peddlers on both “the left and right”. It’s political, alright, from references from BigPharma, the recent Roe v. Wade repealment, race-baiting, et al. Joey Bryant really just wants to know what’s going on — that’s it, really.

In “Could We Be Something” and “Please Heal” he channels his inner Tyler, the Creator and Brent Faiyaz (with a touch of early-to-mid-2010 Chris Brown) without actually going too surreal with it. They’re both quite decent bops, too, and that seems to have been the main intention.

“Stories On A Tape” ends things on an appropriately slow and reflective note, making rather emotional references to God as the only true atoner, and the importance of journaling your pain — or, as Lucious once put it — channeling it all into the music.

Verdict: A pretty coherent project with bars that promise to rival your fave. Check out more of Joel’s releases on Spotify.

Catch Up With Joel Bryant on: