Upcoming Miami Based Versatile Artist and Rapper Koolkidrockwell Has a New Street Banger; “Get This Money” 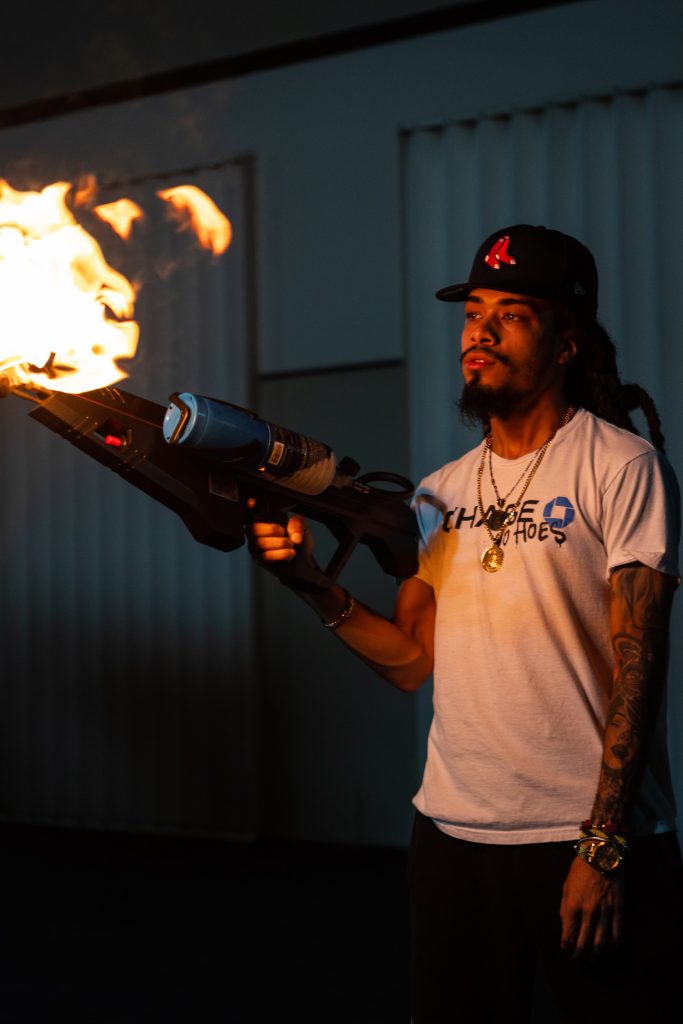 The streets raised him, and now he is giving back to the community with his unparalleled lyrical wisdom; this is none other than Miami-based dynamic star Koolkidrockwell, who has been proving to be at the top of his game, coming through with ageless bangers that more than anything go a long way to cementing his legacy and determination to build a long-lasting career in the music industry. He is only 24 years old and hopes to use his youthful enthusiasm and never-say-die mentality to solidify his place at the top of the music chain.

He has been giving rappers a run for their money, and his uncanny ability to fit in with numerous styles has allowed him to stand out not only in Florida, but also outside of the country. His music is inspired by his life experiences, as he effortlessly converts real-world circumstances into melodic bangers that are not only entertaining but also educative and emotionally accessible to millions of listeners who have been in similar situations.

Deeply lyrical, this FUEGO artist also uses his Cuban/Belizean background to appeal to a large audience, with songs like “BADDIE,” “Drugs With You,” and “Drip” earning tremendous Spotify streams. He followed up his 2021 album, “Hope You Miss ME,” with the 2022 “1 OF 1,” which was well welcomed by listeners worldwide. He has also performed at large festivals like “Rolling Loud Miami” in 2016, with many more appearances expected as he grows.

He has a certified street anthem, “Get This Money,” that is now available on all major platforms; this is the anthem that is poised to dominate playlists this year and beyond. In this imposing banger, Koolkidrockwell illustrates once again why he is the true lyricist to watch, just by making an anthem out of his instructive bars.

The instrumentation is current and strong, and it drips with a subtle feeling of nostalgia for the old-school underground rap, but it also has a futuristic aura that makes you want to bump your head as you vibe enthrallingly with the volume all the way up.

Koolkidrockwell displays dynamism and versatility with the memorable hooks that make the capstone of this track allowing you to join in and sing along, “Let’s get this money,

Wake up, let’s get this money (yah yah)”

In between the catchy hooks, Koolkidrockwell displays his lyrical depth going on to deliver with praiseworthy precision some street-smart bars that underscore the message that this track intended. Never once does he miss, offering a show-stopping lyrical performance that will leave you demanding for more. You just wish the track was longer than the 3 minutes but it leaves you gratifyingly entertained all the same.

“Get This Money” was of course inspired by the daily hustle to make a living. This is a powerful dedication to all those who go hard every day so as to try to make an honest living to support their families and try to make a better future for themselves.

This song definitely makes an impact on its listener, especially with its pounding beats and those catchy hooks that will stay playing over your head long after the tune has ended.

“Get This Money” is now available on all the major streaming platforms; follow the attached link, stream and add it as a favorite. Tell a friend to tell a friend about Koolkidrockwell- the next big thing!

Keep With Koolkidrockwell and His Journey on: