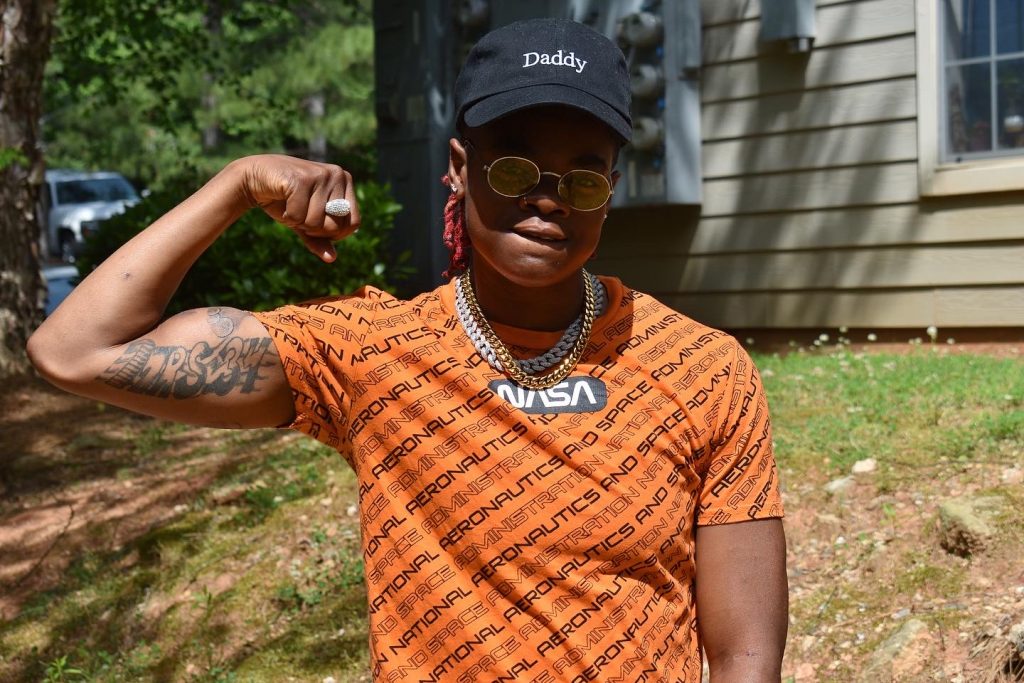 Listen to the great rapper Mack2Tone, who has triumphed in the industry with her original hip-hop compositions. The skilled rap artist has elegantly conveyed herself through her contagious hopeful tunes, and her productions have a lovable and captivating aura. Despite being at an early stage in her career, Mack2Tone has already established herself as a global hip-hop impact who has is skilfully reaching the peak of her rap game with her catchy lines and vocal twists. In her bright and breezy songs, her sultry voice leaps to new heights.

When delivering her lines with remarkable precision and clarity, she retains clever control of the microphone. Her work is distinguished by rich harmonies and vivid soundscapes that push hip hop’s repetitious bounds.

“Fool Me 2wice,” Mack2Tone’s most recent album, is a melodic hip-hop narration that shows the Georgia-based rapper’s tremendous rap skill. Her singing ability, combined with an exciting rap rhythm, draws the audience’s attention from a variety of viewpoints. It’s delicate and bold, as well as aggressive and driven. The album’s songs all contain a compelling and unapologetic sampling of the rapper’s smooth-flowing musicianship, and they linger for their authenticity.

Each track has a unique soundscape, yet Mack2Tone’s captivating vocal tone remains consistent. Her vocal tone is pleasant, and her enthusiasm for delivering her pieces is genuinely contagious. While presenting catchy storylines, the artist has effectively combined her perfect artistry with her outstanding execution.

The album’s first track, “I Wanna Know,” sets the tone with a rhythmic mood that is both intense and diverse. This track’s excellent delivery sets the tone for the entire album and revitalizes Mack2Tone’s approach from beginning to end.

“Mighty Titan” unleashes a ferocious assault. It establishes a precedent for trap elements to mesh well with hard-hitting tracks like this one, which isn’t often heard in today’s modern Rap era, with a nostalgic and melodic cadence.  Mack2Tone goes all out on this tune, maintaining her precisely crafted steps delightfully witty and flexible, with a swaggering beat that deftly weaves together both hip hop and trap aspects.

“Rest,” “Lovin U,” and “I Dream” take on a more sensual tone while delving into love themes. In these tunes, her vocal approach highlights the groovy rhythm that interacts with the heart-pumping syncopated background.

Mack2Tone’s distinct bars are concisely clever and actually provide a palpable listening experience. Her refined lyrical flow has a theatrical storytelling flare that keeps your full focus on the content at hand. It’s extraordinarily high and has an enthusiasm that’s rarely heard in today’s Hip Hop. She impresses with her vocal abilities and innovative lyrics on the album “Fool Me 2wice,” but it’s her manner throughout the tracks that keep us interested until the finish.

Progressing with her confidence and her untamed delivery, this is a masterpiece that you can listen to multiple times without being bored. Mack2Tone, is one of the finest young female artists, fusing her old-school aesthetic rap with today’s convectional music sound, making it very glamorous and contemporary.