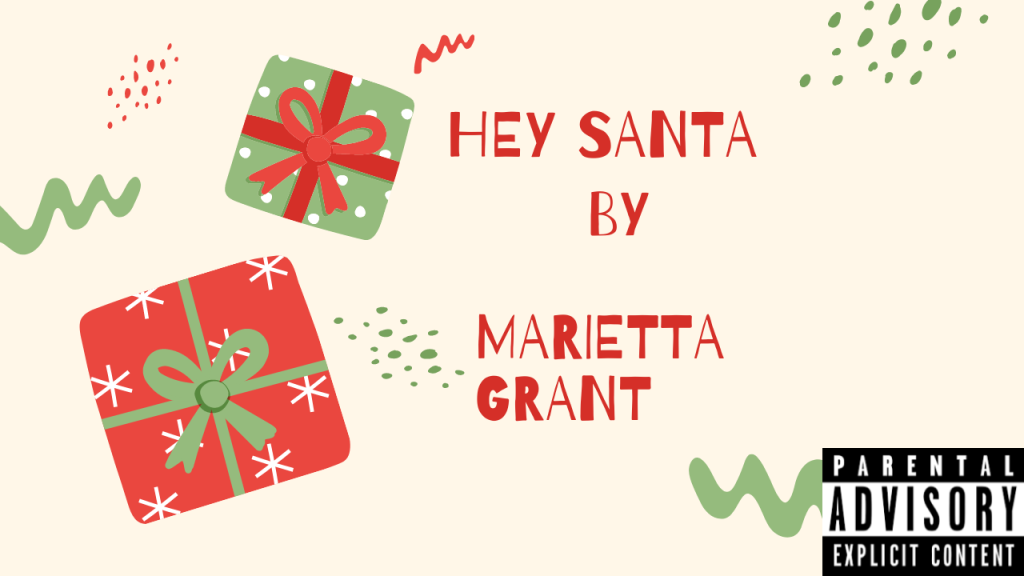 Originally from Chicago, Illinois, and now based in Fort Worth, Texas, is the eclectic singer-songwriter and female lyricist Marietta Grant. Telling her truths in a style that migrates between melodic and hard-hitting sounds, it is the variety and complexity of her delivery that underscore a career destined to thrive in a music industry that keeps on evolving. Grant has always managed to stay ahead of the curve as she comes through with fashionable music that is as compelling as it is original. From hip hop, pop, R&B, and beyond, Marietta’s music delivers on every front the memory and culture of a first-generation femcee!

Critically acclaimed tracks like ‘Low”, “I Am Me” and “Closer-remix” announced to the world what a profoundly versatile artist Grant is. She is now back on the scene with another instantly identifiable and agreeable soundtrack christened “Hey Santa”.

In honor of the Christmas holidays around the corner, Marietta Grant sought to spread the joyous spirits and uplift the mood of her global audience with this release that is coated with some heavy-sounding and blazing hip-hop instrumentals!

The booming basslines, consistent percussion, low-end synths, and harmonic phrases give this track its opulence as Mariette goes on to stamp her authority over the beats with a hybrid rap flow, exhibiting boldness, bravado, and a melodic flow while talking about the Christmas season and the mood it brings along with it.

She requests Santa to bring the gifts with him with her unmistakably powerful voice. I took a bit of an issue with how the beats in some phases feel overwhelming and the vocals do not come out as audibly as a result; other than that, everything else stands out and fits perfectly to engineer an attractively unique soundscape that is arresting and enthralling and worthy of setting the mood for any occasion and especially the holiday ones!

“Hey Santa” is uniquely diverse, and for anyone who is fed up with listening to the same style and musical sound, Marietta Grant is a change for the better. She is very dynamic and original, which is not what you have been accustomed to from your average artists. It’s high time you tried something different, and that’s exactly what Grant is offering!

Follow the attached link to stream “Hey Santa” and let us know how you feel about it!

Catch Up With Marietta Grant on: