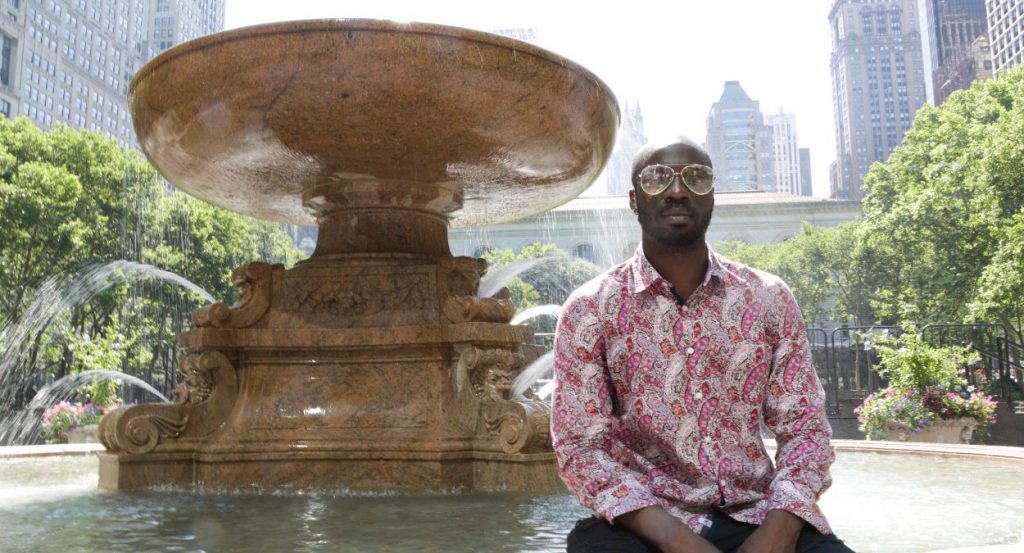 Toronto’s own raised son is cooking something special that will reign supreme from the streets of Toronto to the rest of the world. He is working on his first-ever Mixtape titled “Ear Candy” and the single “Ms. Blue Eyes” is the first single off of it. He has a penchant for producing, songwriting, sound engineering, and mixing and also does a great deal in vocal production.  He has created a comfortable footing in his own space as a Hip-hop, R&B, and Pop artist. “Ms. Blue Eyes” pays homage to the more nostalgic laid-back southern-type of sound that we grew up vibing to. Its calm yet powerful melodicism is the perfect sound for its splendidly romanticized theme. This is the perfect track to play in the background of that special date as Mugugu’s powerful vocals serenade in his typical sing-song and rap flows that he integrated into the song.

The video is top-notch and is laden with high-quality visual imagery backed magnificently by the background romantic imagery as Mugugu dazzles with the breathtakingly beautiful blue-eyed lady who was the perfect complement to the track; in both symbolism and storyline. The copious work involved is a monumental reveal of the sought of teamwork that was involved in this project. It was produced and performed by Mugugu, mixed and mastered by Chris Rodrigues, and directed by Sean Diamond.

The track opens up to the swinging note of the bountiful piano before strikingly executing more melodies with the epic drums, the audacious laid-back but strong bass, the hats, and patterns all conjuring up rhythmically to a colorful affair; all this outstanding production and mix happens amidst the relentless sweeping tone of the background piano helping to keep listeners firmly on their toes from start to finish. There is powerful creativity at work inside “Ms. Blue Eyes” from the sheer impact of the instrumentations and rap flows and sing-song type of style being used to the intricacy of the rhythmic and melodic lines that they take!

Mugugu shows passion in his delivery, performing adventurous romantic lines that complement a lady movingly and all the beautiful persons listening in will blush vividly at such high praise! To enjoy this groove while watching the exceptionally created music video, subscribe to his VEVO   channel, like share, and leave a comment to go with it.

Catch Up With Mugugu on: