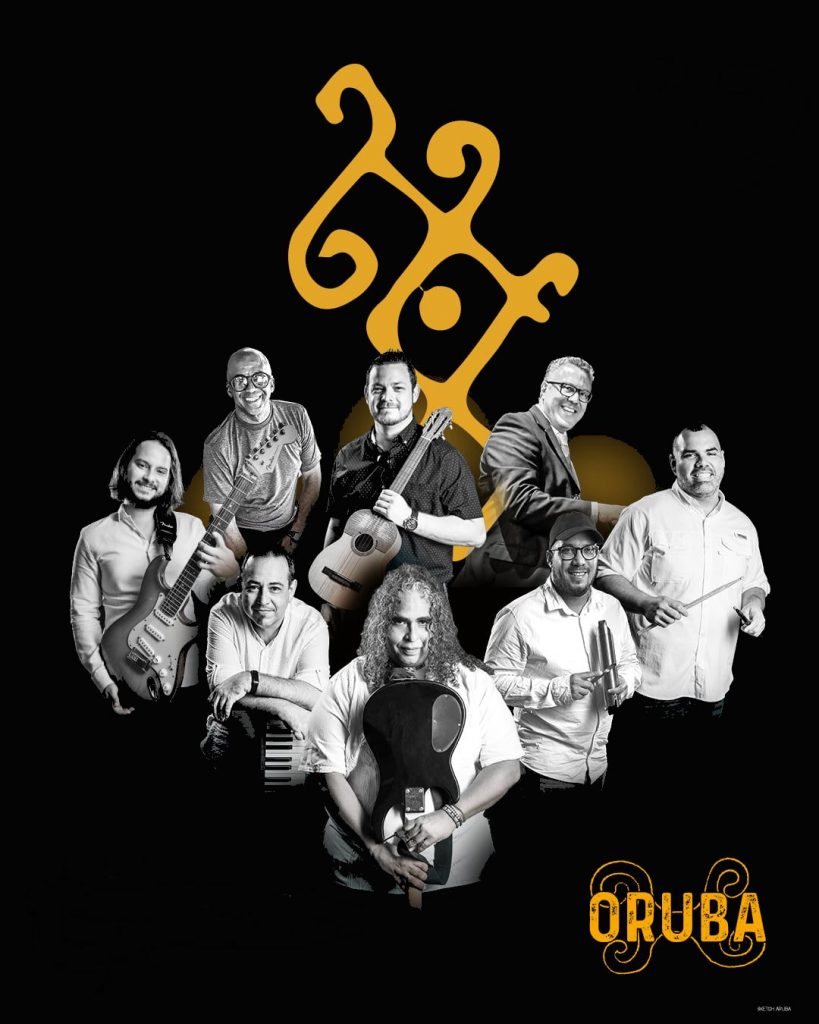 Welcome aboard to the tribal land of Aruba where culture and heritage is more than respected and where music is deeply rooted in the definitive culture of the people- a band scouted and brought together by Reno Steba so as to continue bringing his vision to life is now coined as Oruba and is determined to take the cultural music from native Aruba to the rest of the world. What you get in here is uplifting and inspiring melodies; you might not understand the language but we all know that music transcends the language barrier and so you are in for a treat either way and it is such an honor to introduce to you such ingenious musicians with selfless hearts who just want to make the world a better place with the sheer level of culture through their music.

The band’s music does not really conform to the set restrictions that are present in distinctive genres, the prose is sorted a multi-genre that blends the grandiose of folk and marinates it with the splendor present in jazz and adds that cherry on top by embellishing it with their own Caribbean influence for that broad-based style of music that will entice any sort of listener no matter the type of music they prefer.

The band released their debut album, “Totumba” in 2019 and this album has 6 enthralling songs that are seamlessly different but transition into each other magically to fashion an authentic body of art. For example, I enjoyed the brilliant contrast in the tunes, “Niburiana” and “Toka Wiri”- two scintillating and hauntingly similar melodies that boast an impeccable level of performance and delivery but still somehow impact a listener very differently and uniquely. The soulful harmonies are nostalgic and transport you to a very different planet and you just want to live within the realms of that endearing universe.

It is like the music here understands how you feel and it possesses that near-mystical quality about it. You will find yourself beguilingly lost in euphonious tunes, “Baile Di Awasero”, “Kalika” and “Fia Serca Mi” with the staggering innovation and invention backed by the passion involved in performance and delivery simply breathtaking!

The organic instrumentation blended with that modern spirit and some very native instruments thrown in there make the melodies just pure fantasy to listen to and I sincerely couldn’t have been gladder I got introduced to such a band with such a unique and dynamic sound.

Oruba music is now on Itunes, Spotify, Deezer, and Apple Music. Follow the attached link and savor in the Aruba Tribal music this band is all about!

Catch Up With Oruba on: