Exclusive Interview: Raisa Knusel Delves on Her Music, Her Inspirations & Her Upcoming Single “Inside Of You” Set To Release on June 6th 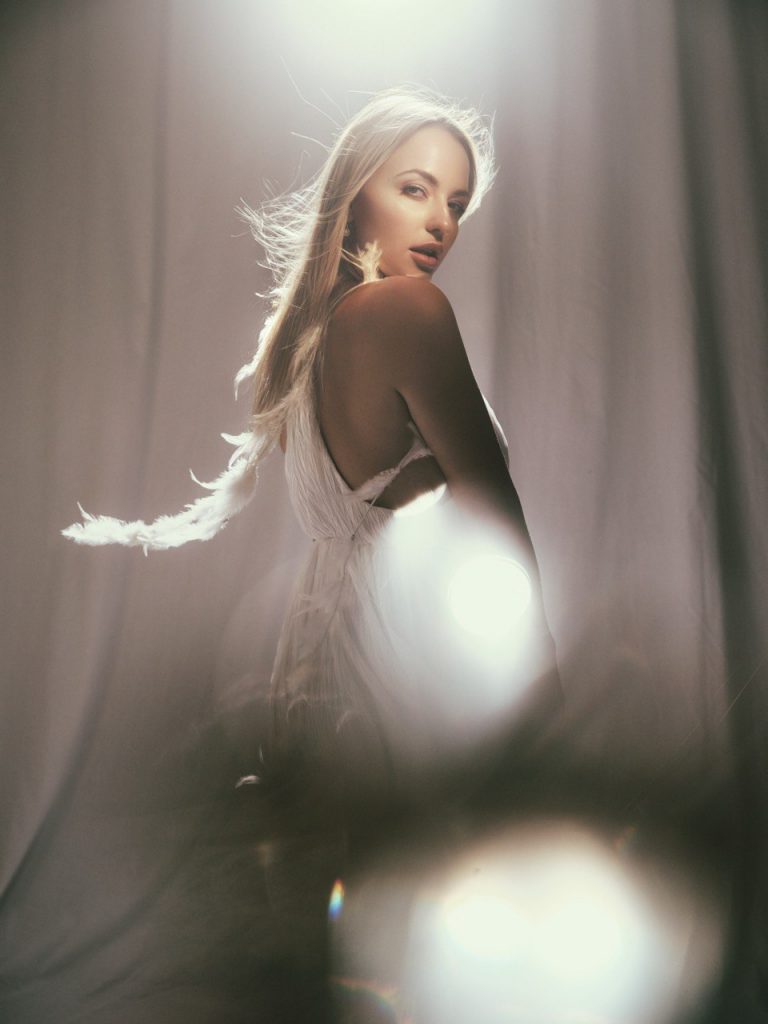 It’s an honor to speak with you today. How did you get into music and for how long have you been in the industry?

I started my journey as a performing artist when I was 17 y.o. After graduating from the music college I was performing at an amusement park in South Korea and had my own show. I then went on to perform on cruise ships in the big production show musicals worldwide

Where do you originally hail from and where are you based now?

I was born and raised in Odessa Ukraine, and currently living between Dubai and Switzerland, and find it a perfect fit

How would you describe your sound to someone who just listened to your music for the first time?
Contemporary new age

Thank you for treating our ears to your upcoming single, “Inside Of You” which is set to release on June 6th. How did this idea first come together and what is the inspiration behind it?
I wrote inside of you in a very difficult personal period and I had so many questions, and because nobody around gave me the answer that everything will be alright with me I intuitively found all the answers within me.
It’s been a long journey and I started to write this song as a ballad and finished with the pop style with elements of rock.

You have an amazing voice. Are you vocally trained?
Yes, I have had many vocal coaches. The one school of singing that was closest to me is by Seth Riggs “speach level technique”, I continue to teach others how to sing by using this technique.

How do you deal with writer’s block?
I got to travel, and observing other people in different countries is giving me different perspectives and lots to think of.
I am also happiest when I am traveling light with one suitcase, nothing heavy on my shoulders it feels great. Flying away like a bird and then coming back with the story and with memories.
I just got an idea about one song, wow

Which release of yours has had a large impact on your life, whether the storyline was based on a life experience or the process of putting the song together helped you approach music production differently?

The song – our home was very fundamental and special. I had 3-4 different versions of it until I was satisfied with the sound more or less.
I wrote the lyrics about five years ago, it was very strange as I was sleeping, and in my sleep a saw a dream and as soon as I woke up in the middle of the night I had an urge to write something down as if I get a message from somewhere and I had to write it down. I don’t think I was 100% aware of what I am doing.
So I wrote everything in my phone notes and went back to bed. Then I moved on with my life and from time to time I was looking at this poem/story, it was about our planet, how it is crying at the hands of humanity and how people divided themselves into different nations and they forgot that we are all brothers.
When the Covid pandemic started I wrote a song one evening using those poems and modifying them to the sound. I guess that was the time and after that production started
I really would like this song to be more popular, for people to be able to hear it more often because it’s a serious matter for all of us.

Favorite guilty pleasure?
I have so many, gelato in Italy, scrolling funny videos of dogs on IG, procrastination…

For our final question, is there anything else you would like to add?
I want to encourage others who might read this interview to always go for what you want. Don’t hold back, but instead make one step at a time towards your dreams.
It will not be easy but it can be very fun to have a journey and being bold and try and of course fail a few times but win at the end.
I love fails, I know without them I can’t reach where I am going

Keep Up With Raisa Knusel and her Journey on: