Poet Whizz Shedrick S.H.E.D. Barnett Pulls No Punches in His Latest Release, “What You Saying Now” 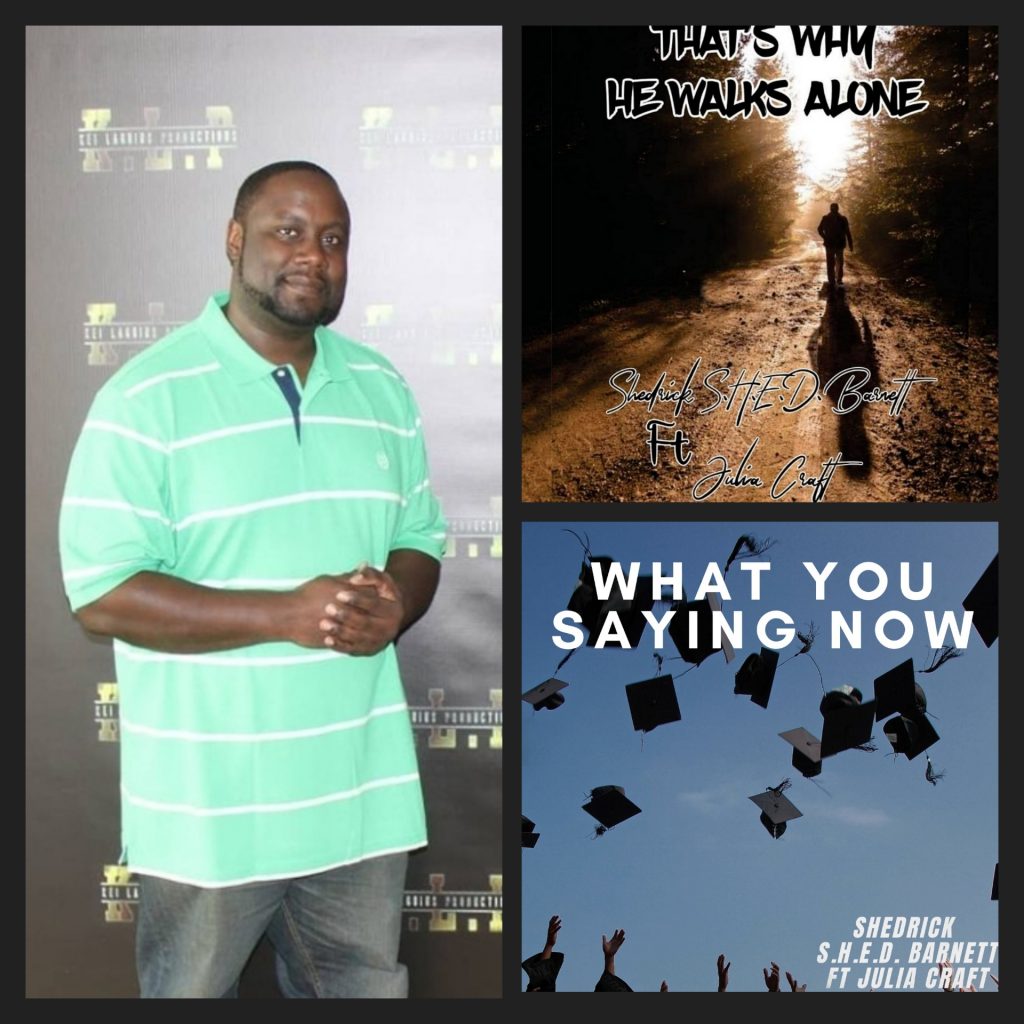 Shedrick S.H.E.D. Barnett is a poet who hails from Athens, GA. His unbridled love and passion for poetry began at an early age ever since he was in 7th grade and he has been sharpening his skills over the years now we are talking of a certified artistic designer with 4 album releases to his name! He is also an author with two powerful books; “Finally out of the Bedroom” and “Poetic Storytelling”.

What makes his style of delivery unique apart from his sortilege in poetry is the way he blends his intricate poetic lyricism with some imposing melodies and backs all this magnificence with some deeply impactful, positive, and Godly message. This allows his releases to carry with them that element of timelessness and you can best believe they will feel the same way a decade from now- what a staggering gift!

He is now back with another heartfelt release that most if not all of us can relate to; the tune “What You Saying Now” is for those who were told they wouldn’t amount to anything in life- those who fought their way through a web of doubt, hate, betrayal, and envy and are now what everyone else said they wouldn’t be! Look them straight in the eyes and ask, “What You Saying Now?”

This flavored tune is organized right from the intro with the inviting, lovely, and organic-like percussions rolling down the melodic highway escorted by some piano embellishes as Barnett’s deep voice introduces itself with the repeated and catchy phrases of, “What you saying now”. The tune takes a remarkable turn with the introduction of the deep and hip-hop resonant beats as Barnett gets right into the business of the day in his no holds barred poetic approach.

He references all the seeds of doubt that are planted in other people’s lives; “He thinks life is a joke, just listen to him laughing. Don’t try & hang around with him, all he gon’ do is bring y’all down with him…” This is for the ones who were told they wouldn’t make it and have now beat the odds and are exactly what everyone said they wouldn’t – blast this tune through your car speakers and put to shame all those who doubted you from day one!

This music was produced by the virtuoso Sunny James and Julia Craft offers some backing vocals later on at around 2:24 with her mellifluous and whispery delicious vocals.

Follow the attached link and play this tune on repeat as you raise the glass to better things yet to come!

Catch Up With Shedrick Barnett on: