Fast-Rising LA Songstress and Entrepreneur, SKG, Sets the Bar High With the Single “Thru My Eyez” From Her “Unfinished Business” Album 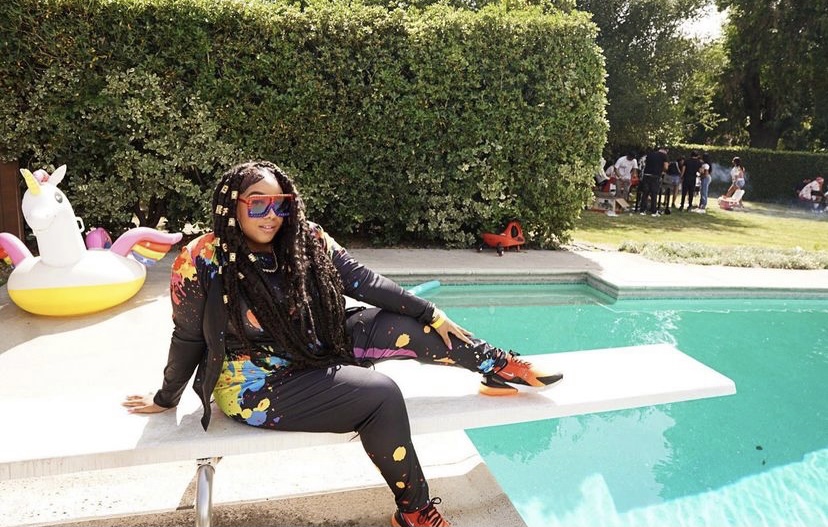 Born Helecia Choyce, SKG is the professional stage name of the fast-rising LA rapper and entrepreneur who has continued pushing the boundaries in the music scene as well as her own enterprise- the Girlfriends and Champagne, HustleGurl Entertainment of which she is the CEO. Recently she made a guest appearance on the “Good Time” music video by 21 Lil Harold featuring Migo’s Offset and it was such an honor to be with such established and successful artists as those. She, like a weighing machine balances her craft as a rapper, TV and movie producer, CEO, and the occasional guest appearance in music videos and she manages to pull all this off without a glitch- a testament to her multi-talents and her distinctive ability to multi-task and get things done on her own thanks to her go-getter and never-say-die attitude!

Diversely endowed, poetically styled, and fashioned; embracing a dynamic array of cultures and accumulating real-life experiences through her music, SKG proves her worth in this era when female artists are commanding major industrial attention especially when it comes to the rap roster. And it is in the same manner that the unapologetically expressive track “Thru My Eyez” was made. In this song, he features a guest appearance from R&B vocalist Keith Robinson who heightens the sound effectively as he delivers the emotion-filled, nostalgically embellished chorus section in between the quickfire rap storms by SKG.

SKG owns the moment and backs the charged 90s inspired club R&B and hip-hop to a corner, delivering some killer blows in KO fashion with her no-holds-barred lyrical fascination as she testifies to her own extraordinary being and serves thrills with her poetic frills and knife-edge wordplay- proving once more why she is not your average female rapper! Listening to her, you get a vivid image of her and acknowledge that she is cut from the same cloth as the other certified female MCs in the game such as Cardi, Megan, and Nicki and her destiny is all the way to the top.

There is no debating that with performances like this, SKG is en route to achieving superstardom and she might be the next queen of rap if she keeps up with this consistency and proficiency! Follow the attached link to stream “Thru My Eyez” as well other smash hits from her groundbreaking discography!

Catch Up With SKG on: