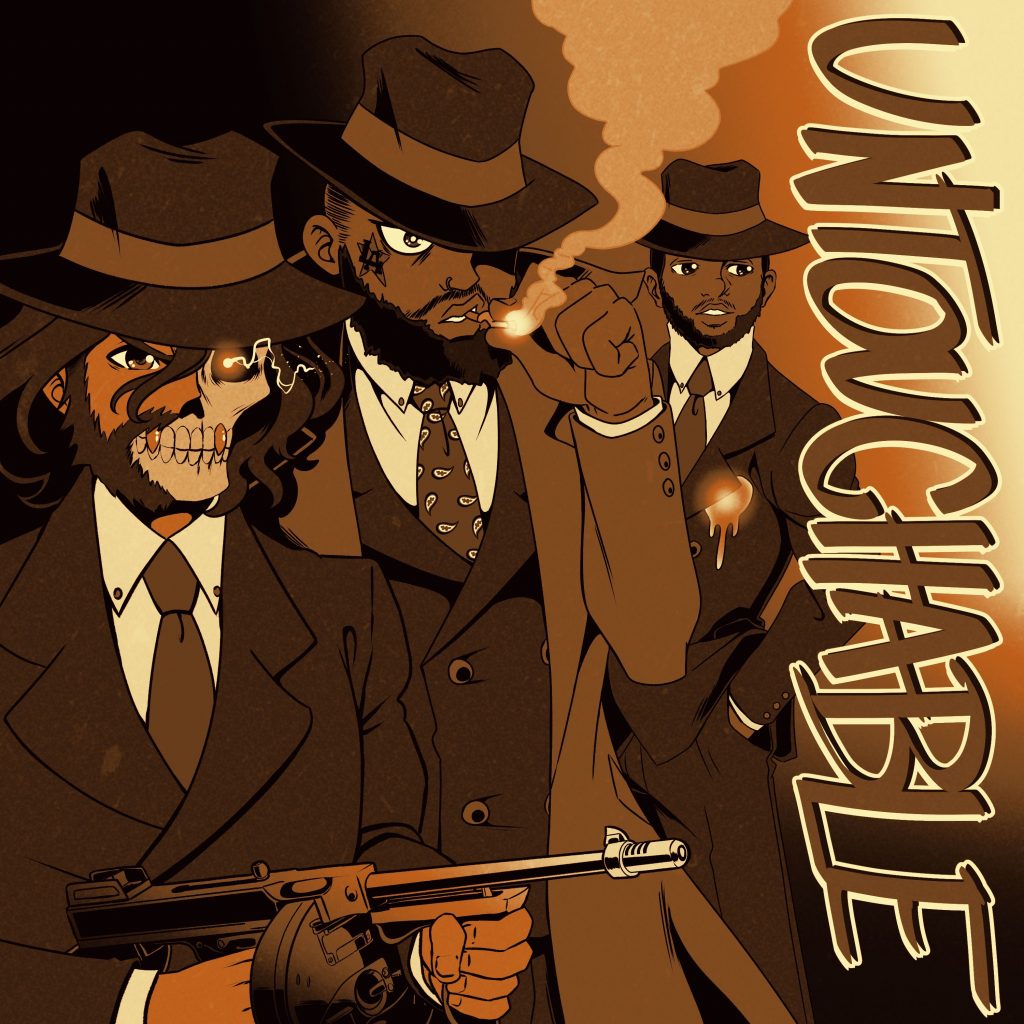 Jeff Rogers who goes professionally as TREEZY is the star performer who has been making a huge name for himself in the rap industry having worked with numerous platinum producers and mainstream hip-hop artists of all time. Having been in the game for 20 years and counting, he leverages his experience and the lessons he continuously learns along the way to come back with hard tracks that ooze charisma, class, and deserved acclaim. His versatility also allows him to stand out as he comes through with street-smart and thought-provoking lyrics over any type of beats- the laid back and the blazing ones.

Bringing on board one of the pioneers of hip-hop music, The Game, and gifted lyrist Andwan Zonez, TREEZY is demanding the attention of hip hop fanatics with the straight hit, “Untouchable”- a fire tune that is full of heavyweight lyrical display from the gentlemen on board.

First thing first; that cover art is very unique and really creative, James V. really did a commendable job. This tune was also produced by accomplished producer Chemist and is nothing short of a certified hit.

TREEZY gets us started on this record as he delivers a show-stopper; moonwalking over the beats with his no-nonsense approach as he lays down invented rap flows- displaying admirable maturity and lyrical depth that has been a result of more than enough experience in the game. The beats in here really slap more than my father’s belt and TREEZY confirms that he belongs to the Ivy League just as your famed rap stars.

The game is, of course, the Game and when you put him on any record, he will deliver and this was the case here- complementing the track with his ingenious and hard-hitting flows before Zonez closes the moment with his equally powerful bars over the steamy rap instrumentation.

This is a very defining moment for TREEZY as working with legends like The Game, Chemist and Zonez is more than enough sprint to his career as he plans on building on this to release more singles and albums.

Catch Up With TREEZY on: