Standing on Top of the World and Soaring High With His Musical Gift, Revere in the Mystical World of VII of Wands 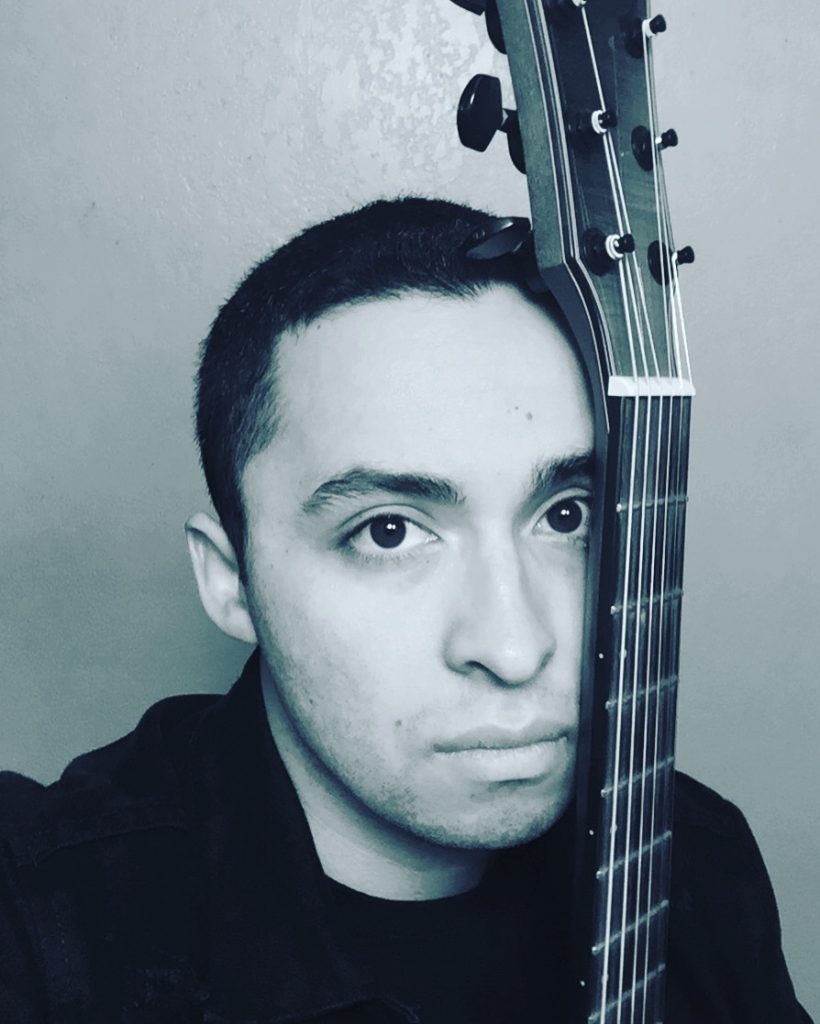 A world born of fantasy, life, love and the truth firmly established by Jesus “Jesse” Diaz a dexterous musician and composer hailing from California who built for himself a reputation for composing expressive, melodic and powerful songs, bragging the rights with his transcendental and striking vocals. Growing up in Monterey Peninsula, Jesse discovered his musical ability on the summer of 2008 right before high school. Making a career out of music was not what he always had in mind and since everything happens in mysterious ways albeit for a good reason his interest for music turned to relentless passion and he gave in and after a period of collaboration with other bands as a guitar and bass player, Jesse decided to go solo and formed his own project “VII of Wands” which is a music enigma representing all that which is associated with successful trial; perseverance, self-defense, defiance, resiliency, you name them! He has seen his monumental catalog grow over the years with several singles, EPs and albums to his name. As a lyricist he has a penchant for expressing himself in images, fantasies, and truthful stories, expressing his deep emotions and bringing up intimate topics salient for all of humanity. This leaves it to the listener to decipher as they deem fit.

VII of Wands is about being extraordinary and diverse while celebrating freedom, not only in melody but also in lyricism. His carefully crafted palette of ideas and thoughts, emotions and truths are reflected in all of his music. Listening to his well-crafted music you will notice that he has honed a gothic-tinged post-rock sound that can be described as unframed, dynamic and melodic. The track “Beyond the Violet sea” from his “Hourglass” album is performed to great acclaim combining the charming splendor of the keyboard swing with the infectious thrill of the drums and the mighty operations of the inviting guitars melting under the delightful wonder of his mellifluous vocals that transports a listener beyond the musical sea and back!

“Dear Ana” dazzles with the guitars- acoustic, electric, and bass coming together in an enthralling fashion with the impact being felt further when the drums and the quintessential percussion of melodic rock add a nice layer of color to the track. The vocals are as mystical as they are dynamic and everything about them smells of maturity! “Calmer waters” has a laid-back melodicism that particularly echoes the title of the track perfectly with the drums, the melodic riffs, and the powerful calm and smooth vocals influencing the track in both elements of calmness and the hypnotic intense elements as the track gains tract.

The refreshingly calming groove brought forward in “Forgiveness” from the “Blue Moon Diary” EP which features an opening alluring guitar solo offering primary support to Diaz’s vocals and moves along at a moderate pace before integrating the harmonic drums taking an up-tempo energy before retreating to its default calm energy. “Astral Planes” from the “Hour glass”  is the perfect track for reminiscing as the guitars opening take you to a world of bliss and the soaring vocals feel the perfect enjoyment over some night cup, fun company and warm evening by the fire as you smile with impish glee vividly moved by such melodicism on display. From the encyclopedic discography, there is something for everyone to dig their teeth in and as listeners get to enjoy such a virtuosic level of musicianship, it’d be wrong not to remind them that more of the same is on the way and it’ll light up your world in ways you simply couldn’t imagine!

Catch Up With VII of Wands on: