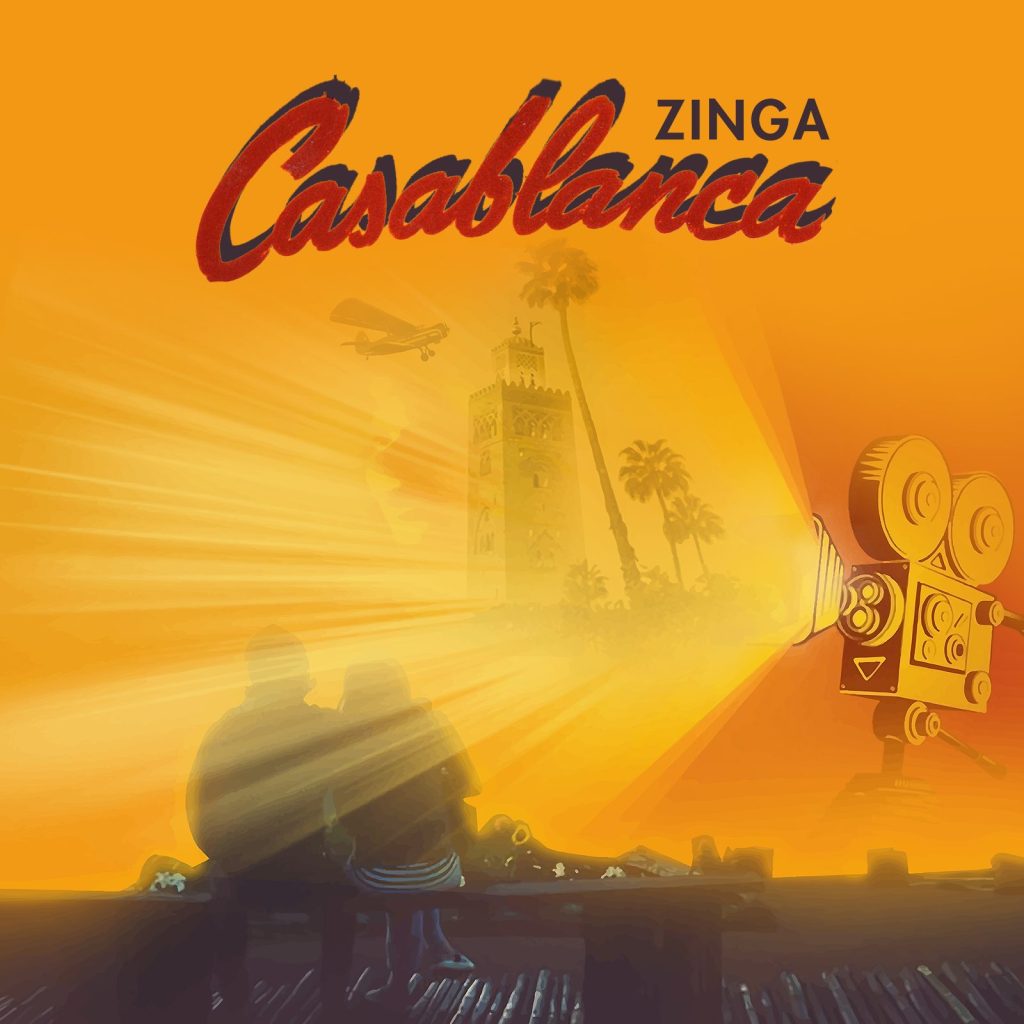 Shayan Ali, better known as ZINGA, has developed as a result of a lifetime of musical influences, most notably his own father, who founded the pop band ZINGA in the 1960s and introduced Ali to the music world as early as age 6. When the time was right, Shayan took on the mantle to preserve his father’s legacy while also sharing his musical gifts with the world as ZINGA. His music provides a unique combination of powerful vocals and catchy melodies. He also prides himself on his non-conformism, preferring to break the boundaries and limits within certain sounds such as rock, pop, Latin dance, and other styles.

With his latest version of Bertie Higgin’s 1982 “Casablanca,” ZINGA advances that classic old-school vibe with a new-age perspective, and the result is something sublime. This is an excellent cover that strikes an excellent balance between moments of dignified grandeur and graceful introspection.

With those undeniably beautiful sweeping acoustic strings at the intro, the alternative rock-induced rhythmic elements, and an unmistakable percussive flair, “Casablanca” is just one of those covers that graciously honors the original while using its stunningly innovative foundation as a spectrum to cruise stimulating new musical ground.

ZINGA really does it with that deliciously cinematic feeling over the orchestral gesture, making it feel rich in scope and overly expressive in its execution. The instrumentation is also impeccably chosen and offers a listener a timbrally diverse and tonally rich palette of sounds with a consistent rock brand to digest.

No matter which type of genre you consume, I have a very strong feeling that you cannot deny such a classic as this when it is performed with such panache, charisma, and showmanship by someone whose sense of genre knowledge is deep and who has always had an ear for the hit melodies.

Brace yourself for the warmth and imposing impact “Casablanca” will have on you; if I were you, I’d 100% want to have this as a favorite in my music library.

Follow the attached link to stream “Casablanca” and share it with your friends, families, and strangers as well!

Catch Up With ZINGA on: