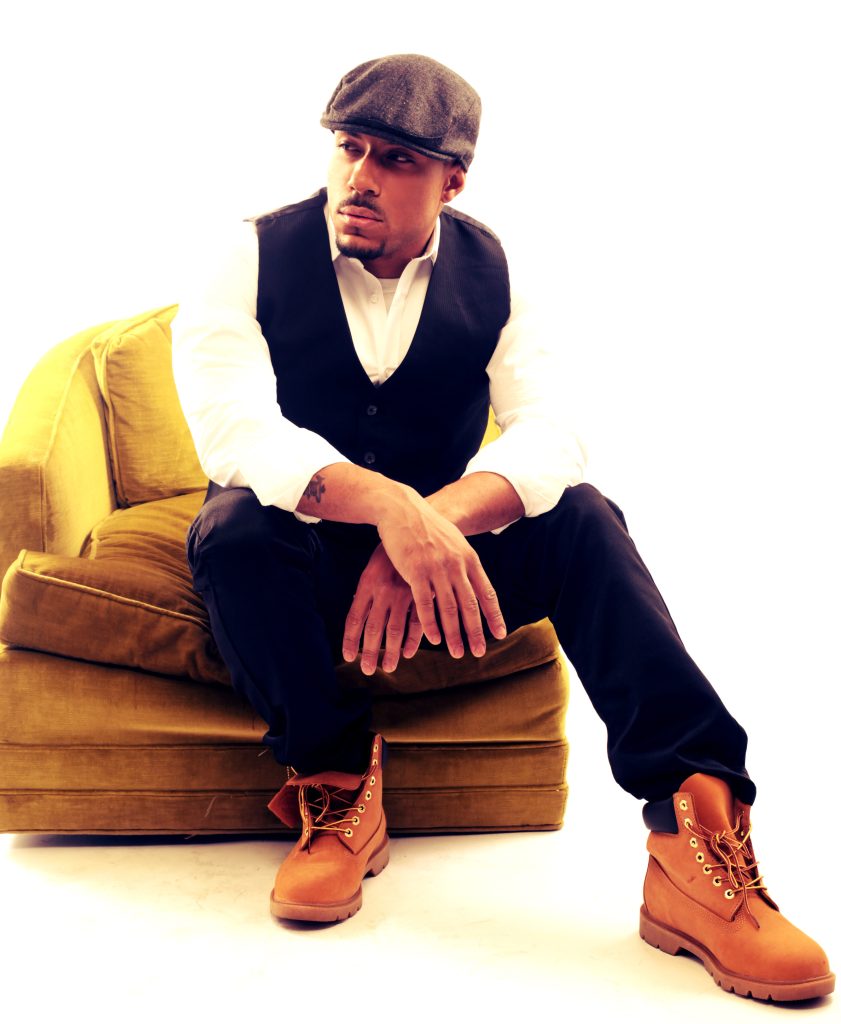 Christopher Louray Mandujan who goes professionally as Centric has been growing from strength to strength; this award-winning record producer started with a burning passion for music before he decided to try his hands at producing where he used to make beats for up-and-coming underground rappers. He then went on to hone his skills going on to acquire virtuosity status to become a sought-after producer who has produced music for Grammy Award-winning and nominated acts. Such has been his growth that even he did not foresee it in his wildest dreams; – he knew he would go far but not this fast!

When Centric announced that he would be releasing his new album “Love Received” sometime back this year, the industry was put on high alert and eager fans couldn’t keep calm, impatiently waiting to lay hands on what they presumed would be work of unsurpassable ingenuity- and they were right!

The supporting singles, “Vibes”, “Always on My Mind”, “Sunday Drive “ and “Timing” told you everything you needed to know about what to expect from this collection; it was going to be pure magic. The valuable album is now out and everything stands out from that indescribably creative cover art down to the timeless music with Centric tapping into ageless and nostalgic sounds for one inimitable collection.

“Love Received” is the sought of album that will age like fine wine; – it is the ultimate distillation of impeccable artistry and progressive sound mechanics. “Love Received” sees Centric bring some of the best squeaky-clean R&B and rap artists who deliver unforgettable moments on the melodies.

I found it particularly fascinating how listening through this collection, I found myself smitten with a particular track and I thought, ok this is my favorite but that feeling was somehow carried onto the next track and now I can’t even make up my own mind which songs I like the most; this is the best kind of headache I’ve experienced lately and having had my fair share of nagging migraines, I prefer this one 100%.

And what was that Centric did on “Begin Again?” My God, this track which so happens to be the opening track is quite something; featuring the resplendently gifted LA-based singer/songwriter Sakari, Centric takes you way back by authenticating an irresistibly soul-reaching sound that is just perfect for the radiant, raw and soulful vocals of Sakari to flourish.

Sakari flows over Centric’s production with such grace as she speaks on putting your worries aside and finding a fresh path to a better life. The message is inspiring making this smooth jam quite the addition to any uplifting playlist.

All hands on deck, I can only imagine what was going through Centric’s mind when he was creating this particular tune because, by all standards, it really surpasses the definition of musical ingenuity. The warmth of those R&B and soul-colored melodies is not something you are going to recover from quickly- you might actually need therapy to beat this particular tune’s addiction!

And taking of addiction, a tune like “Faded” which brings another phenomenal vocalist KAII is one delicious ballad that I found imposing and ethereally fulfilling. I love how Centric creates the perfect balance for R&B singing and rap delivery in “Vibes” which features Lena Jackson, Felicia Taylor, Carlitta Durand, and Shakiah.

“Love Received” is music for the soul and some of these tracks like “Treat it Right”, “Sunday’s Breakbeat”, “Same Love” and “Don’t Mind” are all potential chart-toppers; so, good luck trying to figure out which tracks to add to your favorites playlist and in what order!

I feel Michelangelo’s quote fits in this scenario because if you really knew how much work went into “Love Received”, you wouldn’t call it genius! It is simply beyond it!

To indulge in this masterpiece in its entirety; follow the attached link and more than anything, just let go and feel the music!

Catch Up With Centric on: