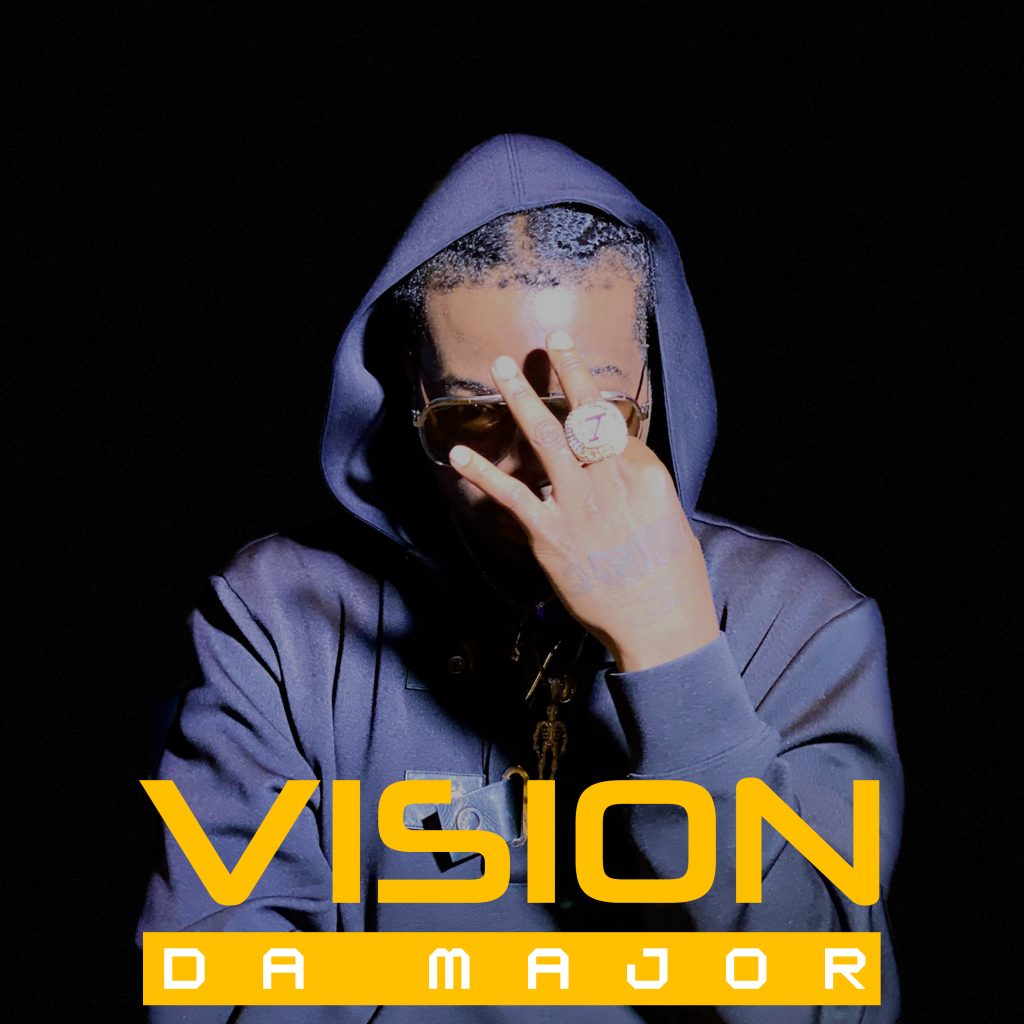 A hypnotic study in tone, an intensity of purpose and reason, the feel-good vibe party anthem, capable of cutting through the humidity and making swaths of people dance or at least move their shoulders a little bit to the dance-inspired theme; this is what “Vision” brings to the table. Exhilarating, bottling the energy of free-falling between two skyscrapers and a boisterous hip hop anthem made by a convincingly talented black superhero. He goes by his significantly appropriate weighty name “Da Major” hailing from South Carolina but is currently plying his trade in New York City. On “Vision” he integrates the complex blend of R&B instruments, the drum machines to create a dance-inspired hip hop tune that he backs magnificently with his rapid-fire rap to design a hardcore music element. His delivery is all genuine and he puts his heart and soul into this. The melodic rap song features deep emotionally vulnerable and motivational lyrics imbued with mature delivery. His journey thus far has not been easy and he feels that music should sometimes be a bit real to reflect his belief the world is not really light or happy place, it is sometimes inundated with darkness but even if we are battling this darkness, we cannot afford to lose the vision; this is a very strong and emotional message that has been delivered with technical lyricism and expressive freedom to highlight his songwriting skills.

He drew inspiration to make music from his musical family seeing that his granddad played the guitar and was a singer, his cousin had his own studio and his brother was one of the greatest rappers he knew growing up. He has collaborated with equally talented and like-minded artists such as Blue Hefner, B-Ice, Rich Reek, Velli, Joe Dinero and Kngsol. His debut single “Foolery” in 2019 introduced him to the rap game which was almost immediately followed by his debut album “The Real Me” produced in 2020. He has vowed he won’t stop as he wants to leave a legacy of love, joy, inspiration, emotional honesty through his music. He will continue making music impassioned blood-lettings full of inspiration, motivation, frankness and vulnerability that listeners and young people facing similar emotional storms will be able to find comfort in. Da Major has unapologetically promised groundbreaking songs that will provide a sense of familiarity that younger generations can gravitate towards. It’s about that time!