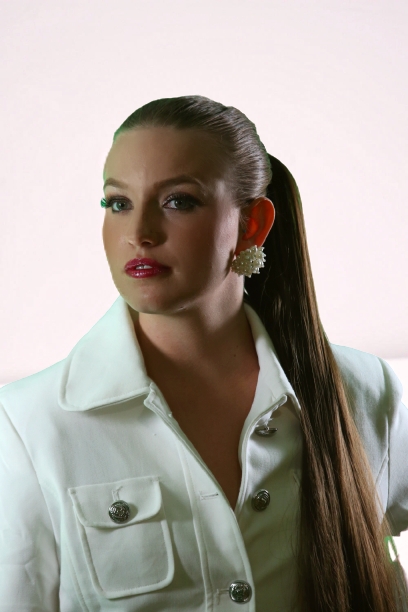 Kelsie Kimberlin is an American-Ukrainian singer and songwriter who is currently based in America. This gifted vocal queen has been taking the music world by storm as she delivers hit music after hit music that has been endearing her to a massive global audience based on the huge numbers her music has been attracting. Unapologetically her, Kelsie Kimberlin is the female artist to look out for this year and beyond with her genre-bending style fusing different cultures and influences, she has interacted with growing up into authentic masterpieces. She has a mammoth heart and is very passionate when it comes to matters of social justice.

She is now set to bring the world together in her cultural-honoring new single, “Cosmopolitan Girl”- a very catchy modern pop-infused tune with entrancing nuances of classic rock. She has a very powerful voice that is not only emotional but also commanding and her performance in this track really gave me Miley Cyrus vibes.

“Cosmopolitan Girl” features some purely delectable instruments starting with the organic ones that have been mixed and mastered with genuine virtuosity to articulate a very memorable sound. That chorus is very addicting too and will remain engraved in your brain even when the song is long gone- very alluring!

This track honors all the different cultures, identities, languages and lifestyles from the heart of the populous city of New York to the hub of tourism in Dubai with the official music videos shot on different occasions complementing this tune both in storyline and symbolism. The beats are very lively and fashionable an appealing sound you wouldn’t mind dancing along to as you embrace the impactful meaning behind the words.

Catch Up With Kelsie Kimberlin on: