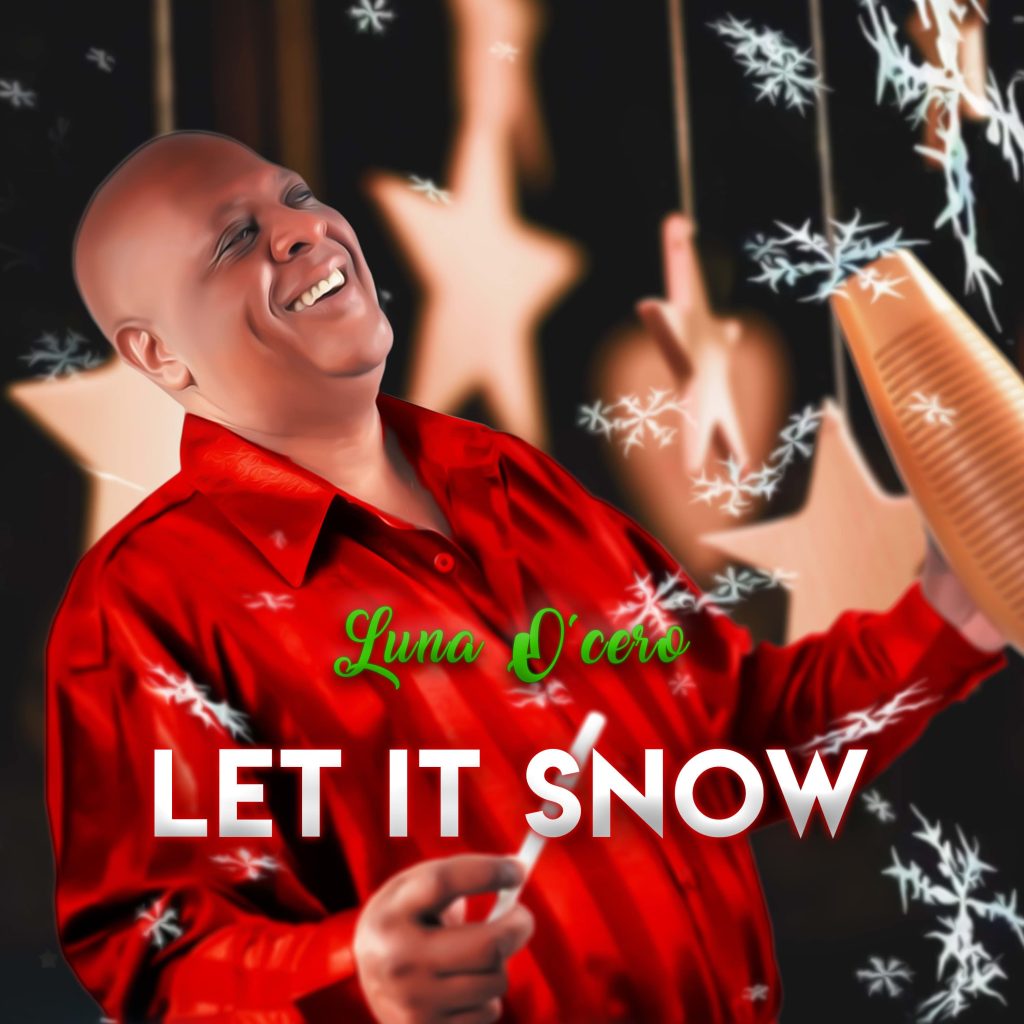 Luna O’cero was born in Santo Domingo, Dominican Republic before he migrated to the USA when he was aged 20 years. He always possessed a penchant for music and started writing in his early teenage years. He released his debut project back in 2008 and although it was not much of a success, he did not give up. He instead chose to continue working hard and sharpening his skills and 10 years later he fine-tuned some of the tracks from his first album, and added others for a new album 11-piece titled, “Tiene Sabor.” He is now set to add a few specific details to this album and the release is a seamless and coherent masterpiece that will be released soon.

While we wait for the outcome of that, Luna O’cero has something special for you; Christmas certainly comes early as Luna O’cero delivers a salsa-inspired masterpiece titled “Let It Snow.” I am yet to meet someone who doesn’t prefer music that makes them want to move their bodies and no matter how physically inactive you might be, “Let It Snow” is irresistible; there is certainly no way you will be able to resist its charms!

In true fashion to what is a Cuban-influenced musical genre, “Let It Snow” has a complex clave-driven rhythm that features blends of exuberant horns with the pailas and bells that emanate an undoubtedly likable melody that literally moves a listener. All this is of course underscored by that effortless powerful vocal presentation from the one and only Luna O’cero to highlight such a complete performance that you simply cannot get enough of!

Luna O’cero really knows his craft and in typical salsa music fashion; Luna O’cero lets “Let It Snow” feel catchy, sensual, and easy to dance to. I might have an idea for anyone who might find themselves stuck in a conundrum where they enjoy the track but have both left feet; worry no more, just search for a salsa dance tutorial on YouTube so as to get acquainted with those break steps and spins and once you feel like a pro, revisit, “Let It Snow” and perfect your newly acquired dance skills to this joyous masterpiece- how about that (lifesaver, right!)

“Let It Snow” is now available for streaming; follow the attached link and let this track put you in high spirits and ready for the festive season!

Catch Up With Luna O’Cero on: