Wake Me up When Metro Boomin’s “HEROES & VILLAINS” Is Usurped; - Feels Like I’m Gon’ Rest Forever! 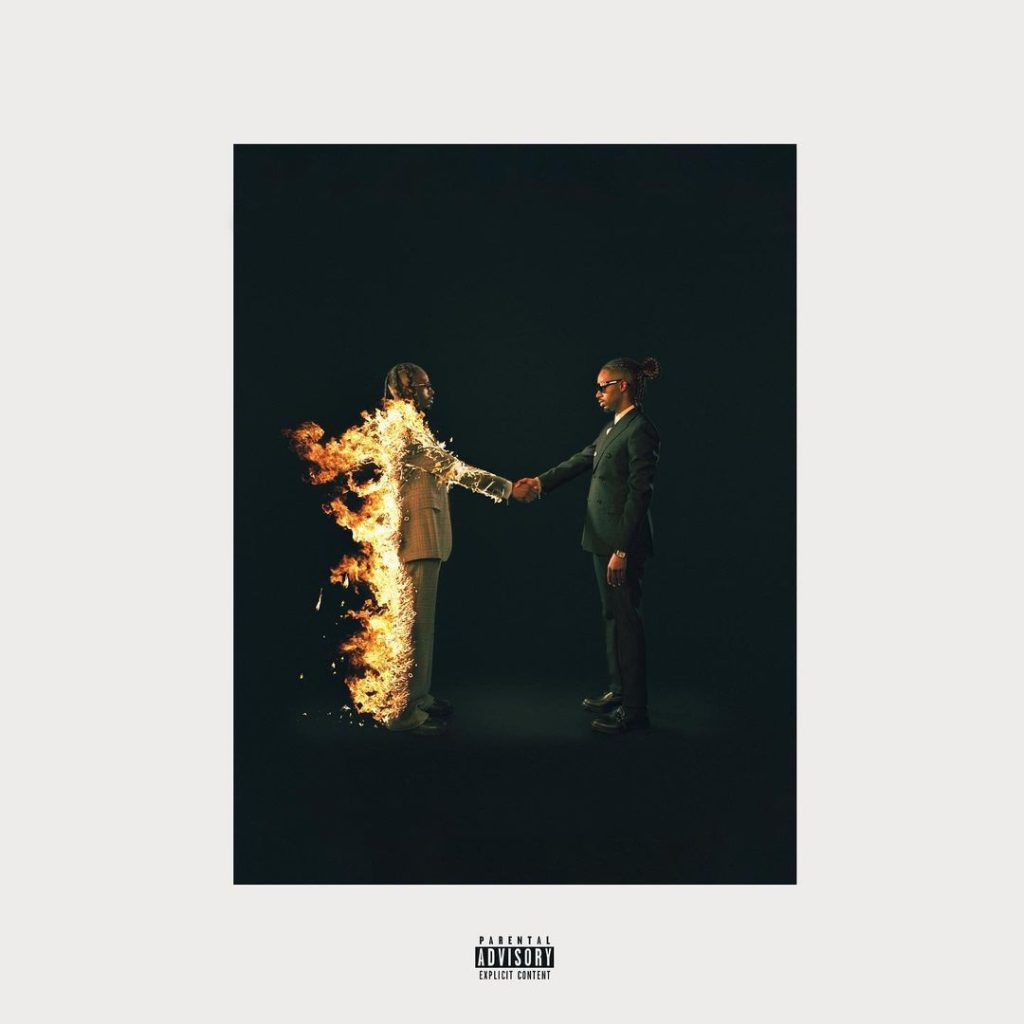 2nd December 2022; felt like the day of musical reckoning as Leland Wayne alias Metro Boomin and if you like him that much Young Metro dropped his 15-track album “HEROES & VILLAINS.”  I’m not sure which side of the coin you fall on; as for me, I’m still trying to figure out whether I’m a hero or a villain; one thing I’ve decided is that I’d rather live long enough to see myself become the villain than die a hero (after all, the movies make this villain thing seem so cool!) ahem, excuse me I seem to have lost myself there. Let’s roll!

I will be honest with you because you don’t know me and I really have nothing to hide or prove to you, especially by lying; “HEROES & VILLAINS” is actually the first album I’ve listened to from start to finish, and I couldn’t say which of the joints was my favorite because it is simply that good. And it’s actually beginning to dawn on me how significant Future’s catchphrase is that Metro uses as a tag on all his beats: “If Young Metro Don’t Trust You, I’m Gon’ Shoot you” It feels significant right now following this out-of-this-world hell of an album.

I pride myself on my restraint levels, but even I couldn’t help myself with uncontained exhilaration following what I experienced from this collection; suffice it to say I have listened to it countless times, slept to it, dreamt of it, woken to it, and now I feel like a god! (Anyone looking for a producer out there, I think I might have some ideas!

From a metro Boomin’s collection, you don’t expect to miss Future and 21 Savage; yeah, these 3 have a sort of kindred spirit amongst them, and that is why there is an equal amount of features with the two, and of course, Travis Scott, who graced quite a number here; his record signee Don Toliver was honored in a 3-piece, The Weekend, with A$ap Rocky, Chris Brown, John Legend, Young Thug, Gunna, the late Takeoff, Young Nudy, and Mustafa.

Perhaps the intro with John Legend on “On Time” showcased that Metro Boomin indeed has a thing for the sentimental sound. Many would have confused him for an all-out gangster type, but he gives Legend enough comfort to mirror what this album is all about, and once it starts trickling down, it’s everyone for themselves and God for us all!

There has always been a kind of a bromance between Young Metro and 21 Savage, and that is why I wasn’t surprised he made quite a number of tracks here. I’m still getting used to keeping the lines “Wet ’em, umbrella (yeah)
Clutchin’ glizzys with the fellas (Yeah)
Choppa sing like it’s Adele, uh (Yeah)
Money, violence go together (Yeah)” in the track “Umbrella” featuring a guest appearance by Young Nudy;  and what did I expect; – its 21 savage for crying out loud!

21 Savage is involved in four tracks in this album, and Future, another one of his music confidants, also graces four tracks. It would be considered atrocious not to say how intoxicating, hypnotic, and inexpressibly haunting the melodies in “Superhero” are; this sees Future go all out in his raspy, slurry, almost hoarse delivery, indescribably blending with the supernaturally sounding beats. It was only right that Chris Brown makes a subtle, almost supportive vocal contribution towards the end, perhaps to bring a listener back to earth because whatever space this tune puts you in is nowhere near even where NASA have been- suffice to say, I’m still processing the emotions I get off of this one. It needs time!

Travis Scott gives the ultimate masterpiece in “Niagara Falls“—he’s dreamy and high-flavored as he floats with his imperceptibly indistinguishable hazy, wet, and ad-lib functional voice—basically ‘Astroworld’ type of voice to ensure you feel like drowning at the end of that experience. 21 Savage is just here to appeal to your gangsta side not to give in, but by the time he intervenes, it feels like it’s too late. You are already lost in a world you cannot explain!

It seems the entire world has lost their minds to “Creepin’,” which sees Metro bring The Weekend and 21 Savage on board. I don’t even know what to say. The Weekend always sounds like he’s on some kind of thriller, and to make it even more torturous, this is one epic classic—they should have just killed us already! I don’t know about you, but my neighbors have already called in a noise disturbance multiple times courtesy of this song (it’s not like they get it!) but the police officers said the previous visit was my last warning. I guess I’ll have to call them bluff just this one time and try out their patience a little longer! You really don’t expect me to listen to this one at such a low volume, do you? Are you kidding? You mean you are serious! My god, what has the world become of?

“Feel The Fiyaaah” feels like a tribute to the late Takeoff (may his soul rest in peace!) It brought with it some somewhat bittersweet memories. I just don’t want to break down right now!

I have always accorded Metro Boomin some unsurpassed levels of acclaim; holding him in high esteem, and now I feel like I don’t even comprehend how great he is—there is no amount of words I could possibly use that quantifies his gifts following “HEROES & VILLAINS!”

It’s almost imperceptible: the difference between talent and genius. Lucky for Young Metro, he seems to possess both!