Spontaneous Performance on the Streets of Holland Ended Up as the Late-Summer Banger Mildly Insane. 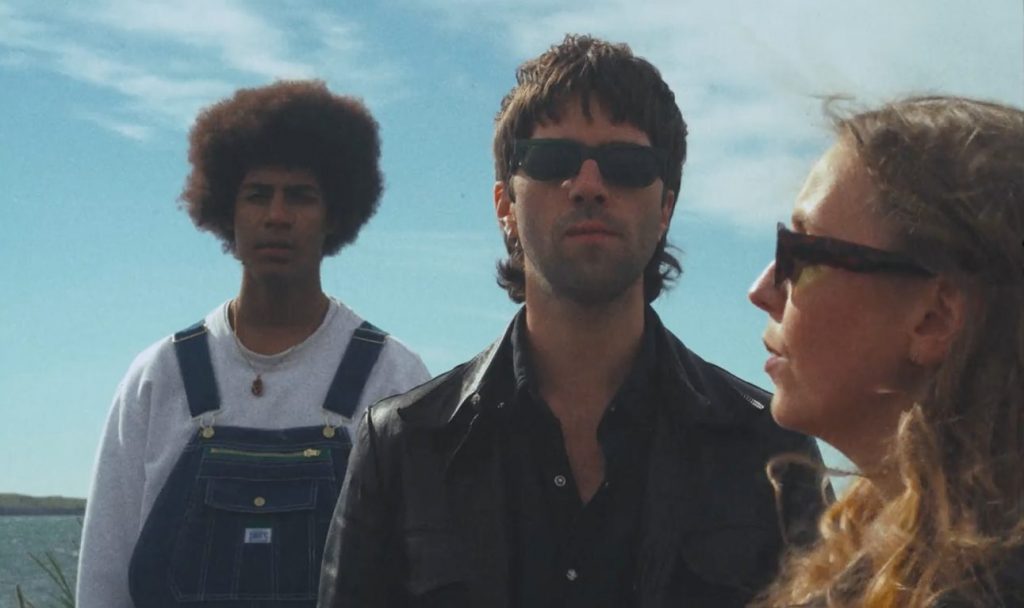 Yaëll and Brynja met while performing on the streets of Den Haag. A year later, after having moved back to Iceland, Brynja was looking for a male vocalist for one of her tracks and Yaëll came to mind.

She decided to reach out and ask if he’d be interested. Yaëll jumped on a plane to Iceland, they made it through some hurdles including COVID positive tests but finally, they were in the studio under the guidance of producer and musician Baldur Hjörleifsson.

As they were finishing up the song in question and preparing to leave the studio a simple guitar melody sparked a moment of creativity. In a matter of minutes they already had the building blocks of a brand new song.

“Mildly Insane” is the type of track that gets heads bumping right from the get-go. Yaëll‘s velvety, smooth vocals glide over the psychedelic instrumentation reminiscent of bygone eras of rock. Brynja joins in, making the tune an anthem with her catchy phrase “Go and get it and live it up, it don‘t matter you if mess it up“. In a lively back and forth the duo continues, Yaëll‘s smooth-talking voice juxtaposed with Brynja‘s sassy tone. The song is bookended with a blazing guitar solo channeling a sense of bliss.

Accompanying the song is a music video, vintage and vibrant that matches the songs vibe perfectly. The scenery simple and visually pleasing; an orange vintage car parked by the ocean giving contrast to the cold harsh nature of Iceland. The trio performing in and around it, casual and cool while maintaining a playful energy. Get ready to be taken to a place where cars look sexy and guitar solos are hot.

A message of acceptance is portrayed in the song of the pretty mess we‘re all in. So many of us aim to live life without messing up, forgetting that life‘s greatest lessons are usually learned through our worst mistakes – so go live it up!

All three of them have so much more coming so make sure to follow them on their socials!

Yaëll Campbell is a young artist with fresh flowing and smooth rhymes and vocals.

His musical roots lay within hiphop and rap but nowadays he focuses on producing, singing, rapping, guitar, keys and spoken word.

From a young age he gained a lot of experience with performing and writing.

He performs all over the Netherlands and has performed in Belgium, Germany, America and Iceland.

Yaëll attended a music study & soon after created his own sound & vision on music,

Brynja comes from the folk and indie scene and was known to carry her guitar along with her everywhere she went. In recent years she‘s been moving towards a new sound, combining her dreamy vocals and honest lyrics with elements of R&B, pop.

She studied contemporary dance at Listaháskóli Íslands and audio engineering at SAE in Amsterdam. In a duo, she has performed all over Europe and in America. After launching her solo career, her latest releases have had success on streaming platforms, radio and have gotten placements in Netflix series.

In a shared studio in the heart of Den Haag a lot of music and memories were created and the product of that; her debut album will be released on the 20th of October.

Baldur has been producing professionally for the last 7 years. He has a fresh approach to music and comes from a rock/psychedelic background. He‘s has been broadening his career all over the place to pop, Rnb, punk and more. Baldur studied producing in Berlin and is a member of a punk band called Ryba.