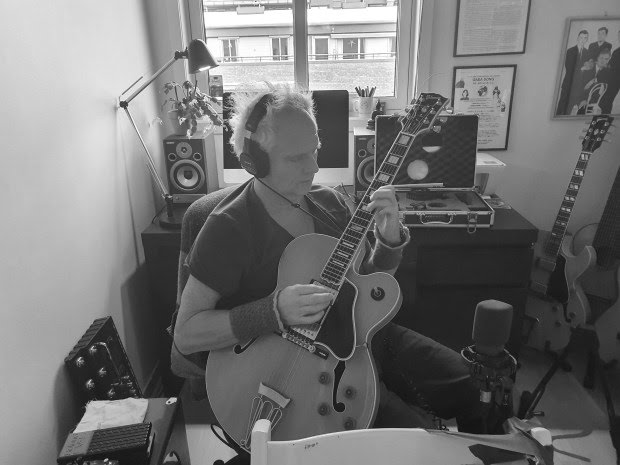 A face that has appeared at countless venues across the planet and one that has inspired many thousands to do amazing work accomplish epic dreams and lead legendary lives – this is what comes to mind as I skim through the success story of Norwegian guitarist and songwriter Odd-Arne Jacobsen. From the earlier 1970s, Jacobsen toured with Jan Garbarek, bassist Arild Andersen, and the finish percussionist Edward Vesala. His astonishing discography includes working on his own TV shows both in Norwegian Television (NRK) and on the Russian TV with the show “Vinter nattens hemmeligheter”. He even got to headline a performance at Moscow International Jazz as a guest solo artist with the Russian guitarist Alex Kuznetsovs quartet. He also happens to be one of the few Norwegians who have had the honor of touring with alto saxophonist Arne Domnerus and the Swedish jazz guitarist Rune Gustafsson. He has also toured a host of countries including the United States, Mexico, Russia, France, China, Kuwait, Scotland, and Japan. Success seems to follow him wherever he goes and in whatever he does!

Unfolding his arms and touching the strings of the guitar to a welcoming tune that is luxurious in melody and tonality, “Timeless” takes you on a charming odyssey musically with the way it cascades over itself with the great allure and weighty abundance creating a majestic mausoleum-like melody that electrifies and touches the inner elements of your deeply caged heart in ways you a cannot begin to explain. And it is 5 minutes long!

The palpable joy you will feel from the luminosity of the guitar strings with each pull of the string pulling your heart along with it, taking you to multiple planets that are colored with everlasting and powerful emotions. The strings breathe scintillating life to this piece that deserves to headline an Oscar performance while the audience below shakes their heads emotionally in appreciation at such creativity and ingenuity. The title is as deserving and appropriate as its endless feeling that will still impact you a decade from now – feeling refreshingly new every time you listen to it! If this is not what indicts artist to the Legendary Hall of Fame, I honestly don’t know what does! Follow the attached link and let your world bliss at such extraordinary magnificence!

Catch Up With Odd-Arne Jacobsen on: