Poetic Wizard Shedrick S.H.E.D. Barnett Welcomes You to His Powerful World That Is Finely-Tailored With Lyrical Truths, Potency, Positivity, Hope and Above All Love! 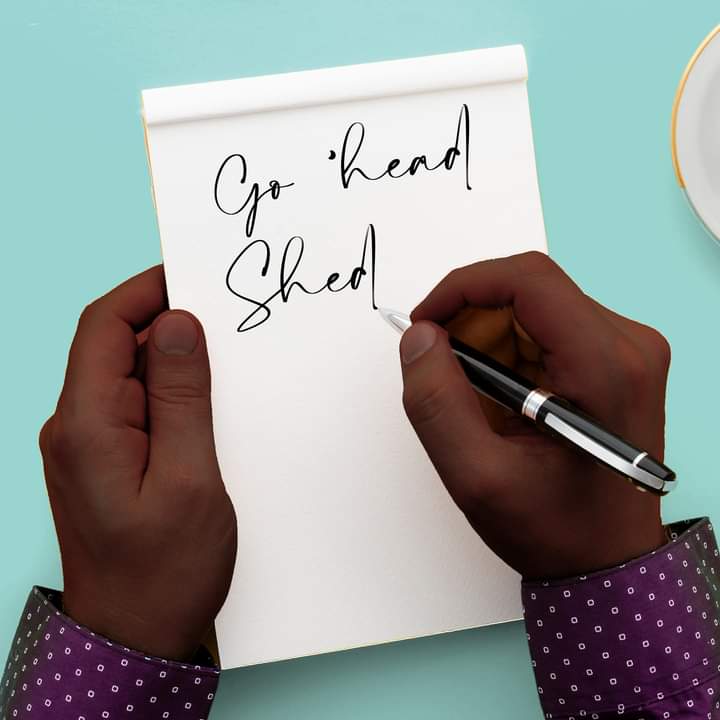 Like a leader, lyrically gifted poet Shedrick S.H.E.D. Barnett hailing from Athens, Georgia runs by the selfless dictate of his greater wisdom by fulfilling the potential of his most luminous gift; poetry! He has been writing poetry since his childhood and started reciting them in his early thirties. He also has two books in his expansive discography titled “Finally out of the Bedroom” and Poetic storytelling”. He is a master in poetic transcendence, making ways amidst stunningly innovated flows of various instruments and beats to deliver powerful and touching messages that cut across life experiences and the faith of humanity in God.

To really understand the scale of his poetic height, I sampled some of his astonishingly sensational works which will have you viewing things in a different way once you listen to them. Starting us off is “Praise Him” in which featured talented female vocalist Julia Craft. The Violin dominated piece touches on every core of a human’s bones particularly impressing monumentally with the call and response motif being flaunted as the violin melody imitates Craft’s heavenly voice. Barnett delivers potency with his poetic punch offering a deep insight as to why we ought to persevere even in the face of trials, tribulations, ignominy, and destitution. Life is hard as it is but we should never give up or lose faith in Christ. “Even when David walked through the shadow of death, his praise in him never stopped” – he reminds us that God is greater than all our troubles and “… even at bottom, he’s still your rock…” This is the best hopeful track to get you rejuvenated and ready to face the day!

“The Devil’s Workshop” reminds me of Joyner Luca’s Devil’s work song, only this time Barnett reminds us how the mind can be an instrument of destruction and what we feed our mind ultimately translates into how we behave/act. All the atrocities we experience are as a result of the mind’s actions and we have to be very careful not to get our minds in places where they shouldn’t be. Amidst the swirling organic instruments, the hauntingly familiar piano, the solidly done drums and bass is a reminder that “A mind with nothing to do is probable to do evil…whether it’s to yourself or other people…”

“Let’s Stay Together” is a call for unity as a people, lovers, family, friends; it does not matter, because a people united can never be defeated. The message from the track serves just right in a romantic scene as it does on a national basis! Coming together is a beginning, keeping together is progress and working together is a success! The special organs, united drums, and swinging piano wave through with a reminiscent R&B kind of vibe as Barnett makes his case heard, “If there’s money to be made we’ll make every dime…the ladder of success won’t be hard to climb…our vibrations will be noticed beyond the universe….” Make up some of the message delivered in his deep and manly masculine-furnished vocals. Let’s just stay together, shall we!

“Thank God for Poetry” is a track expressing gratitude to the highest God for the far He has brought each one of us. He featured male vocalist Mista Lee who makes the track bliss with the serenading chorus offered in the heavenly mode under the limelight of the charming guitars. The versatility of Barnett to flow through and match the groove of the guitar is a sight to behold and a feast to the ears. I am really thankful for him!

“Don’t shoot” is the climax with the way he touches on one of the most sensitive subjects that have been making headlines all over the world. The unjust killings of young people and especially the black folks who have met their deaths at the people who are supposedly supposed to protect them! The track is a reggae tune and he featured Jamaican artist Farin together they deliver some emotional honesty; Farin flourishing on the chorus and working honorably well amidst the reggae percussion to make the message stick and Barnett offering a glimpse of what it feels like from the other side of those experiencing these injustices. He also speaks sense to the victims of these injustices to also place a higher value on themselves, “We won’t matter to them till we matter to us…”

To get these and his other moving works, follow the attached link and grab some chair, a bottle of chill water, and allow yourself to get lost in his world. I can promise you it is worth it for his musical catalog is such a masterclass you don’t want to miss!

Catch Up With Shedrick S.H.E.D. Barnett on: