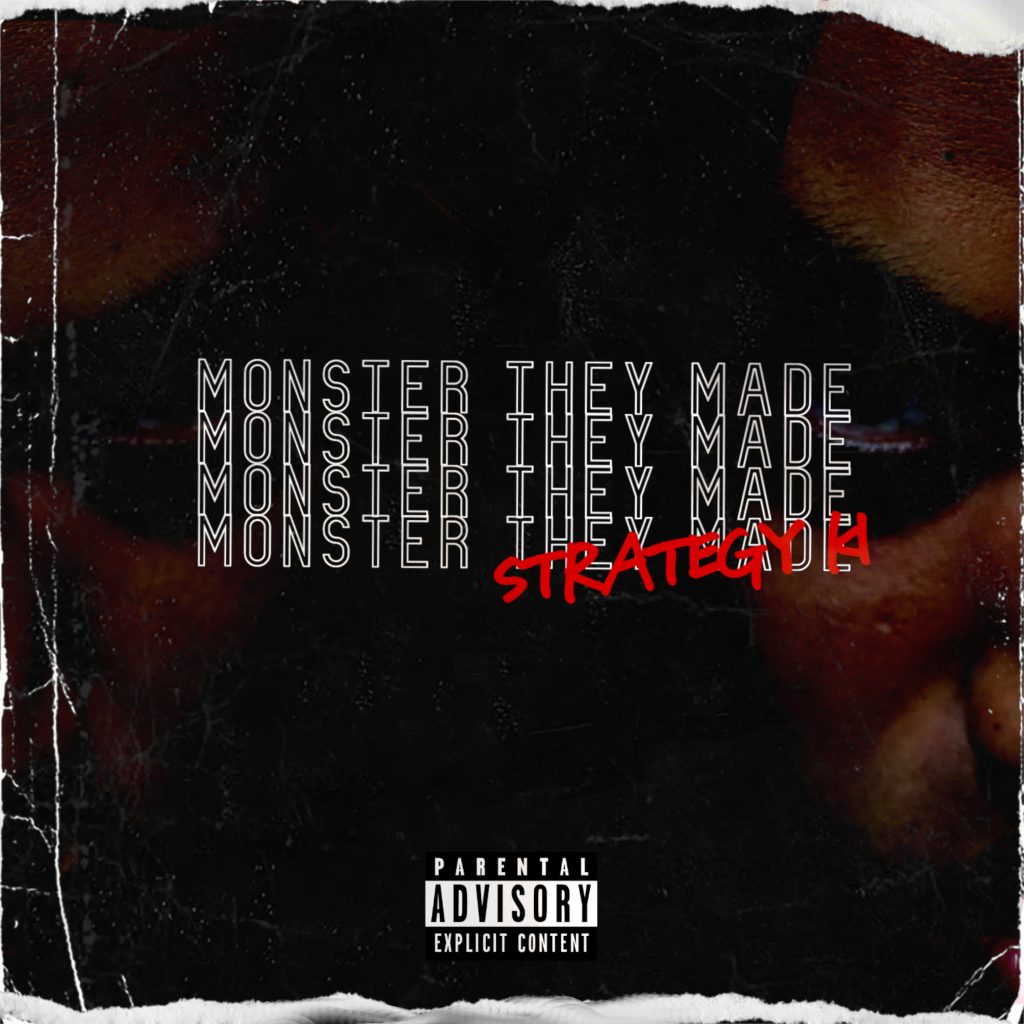 Strategy KI, as his stage name suggests, is always strategically making calculated moves and producing massive waves in the world of true hip-hop music. He is independently restoring rap music’s credibility to the scene and giving want tobe rappers a run for their money. With his highly resonating sound, this UK-based rap artist is able to build that deep emotional connection, and his adaptability allows his style that personal and emotion-filled unique sound that has been garnering a lot of attention from important industry players and music enthusiasts alike.

He takes pride in his versatility and ability to fit on any style of the beat while seamlessly showcasing his lyrical prowess, with his brand developing on listeners one release at a time. He is the type of artist you feature, and he bodies you on your own verse! Strategy KI is a massive maverick who is creating an undeniable trail, and his top emergence is more than guaranteed.

His recently released single “Monster They Made” is Strategy KI’s Halloween gift to music lovers all across the world. There is something about seasonal music hits that just strikes a humane chord and endears us to our music stars even more. This goes for special Christmas carols such as Elvis Presley’s “Blue Christmas” or Ariana Grande’s “Santa Tell Me”.

We knew “Monster They Made” was something extraordinary the moment we heard it. This Halloween special begins with a chilling piano intro before adding drums and a bassline to sensationalize the sound with its distinct grime feel and trap beats. Any listener who appreciates precise melodic riffs will like the melodicism in this song.

Strategy KI doesn’t mince words on this blazing masterpiece, committing what we’d call a lyrical massacre with strenuous bars, smart wordplay, and thought-stimulating rhymes over the blistering beats that highlight some hard-hitting 808’s, rousing synths, and hypnotic percussion with some organic keys in there to keep you heavily entrenched throughout the track’s length!

According to what I’ve heard, “Monster They Made” is more than likely to dominate the airwaves in significant ways. This is one of those direct smash hits, and Strategy KI’s lyrical ability as displayed here will have the rap world clamoring for more!

“Monster They Made” is now available for streaming- follow the attached link and save this track under your favorite music playlist!

Catch Up With Strategy KI on: