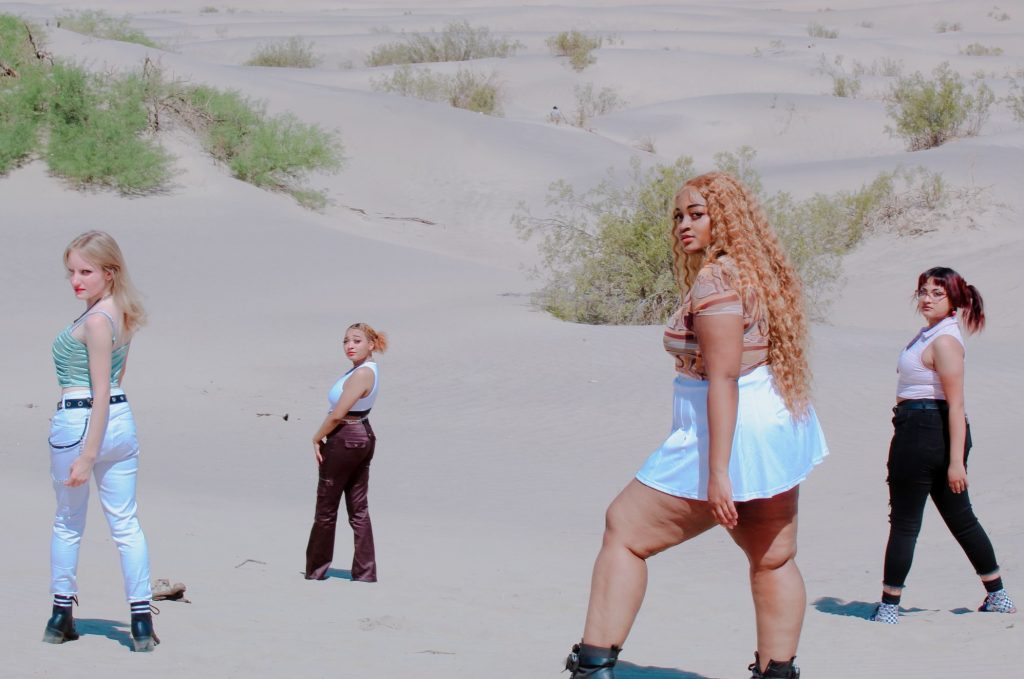 They are self-made, chasing their music dreams up to the pinnacle and rising above the horizon; Xyzygy is the name of this independent girl group based in Las Vegas that is guaranteed to take over the Las-Vegas music scene and beyond. Their music seeks to mirror that funny and brave nature of girls who want to take over the world. They were friends first and now they are spreading such lovely vibes via their unbreakable chemistry and indestructible connection!

Xyzygy seeks to use their music to uplift others and create a unifying world through the special elements of their pure artistry. To them, music is much more than just the enthralling beats and expensive videos (not to say that their music lacks in it!). Music is such a powerful tool and they will use this tool to inspire and spread the message of hope, empowerment, and unconditional love!

They have just debuted their single “Pretty Girl” and this is staggeringly sensational for a start; what makes it even better is how they did everything themselves- coming up with the lyrics, mixing and mastering and even the filming and editing of the music video which is such a visual treat. Xyzygy is inimitable champion and this delicious track right here gives me the “Love is Wicked” kind of vibes- it is a lovely rendition of danceable pop with some elements of rap flavors in between and of course the mellifluous vocals on the show!

This is a tune to reaffirm your own perfection in the way you look; you are pretty and no one can take that away from you! And if they try sing to them, “I’m a goddess if I’m being honest…” the rap section by Dippity was a sensation and she slays it. Solstice did such a magnificent job in the filming and editing of this eye-catching music video. It is such a captivating visual magnificence with the impeccably choreographed dance moves for which Bunnie, Dippity and Solstice take credit for!

Xyzygy have started on such a high note and now it feels like they are unstoppable, Porsches with no brakes, invincible and are certainly going to win every single game- how about that!

Keep Up With Xyzygy and Their Journey on: