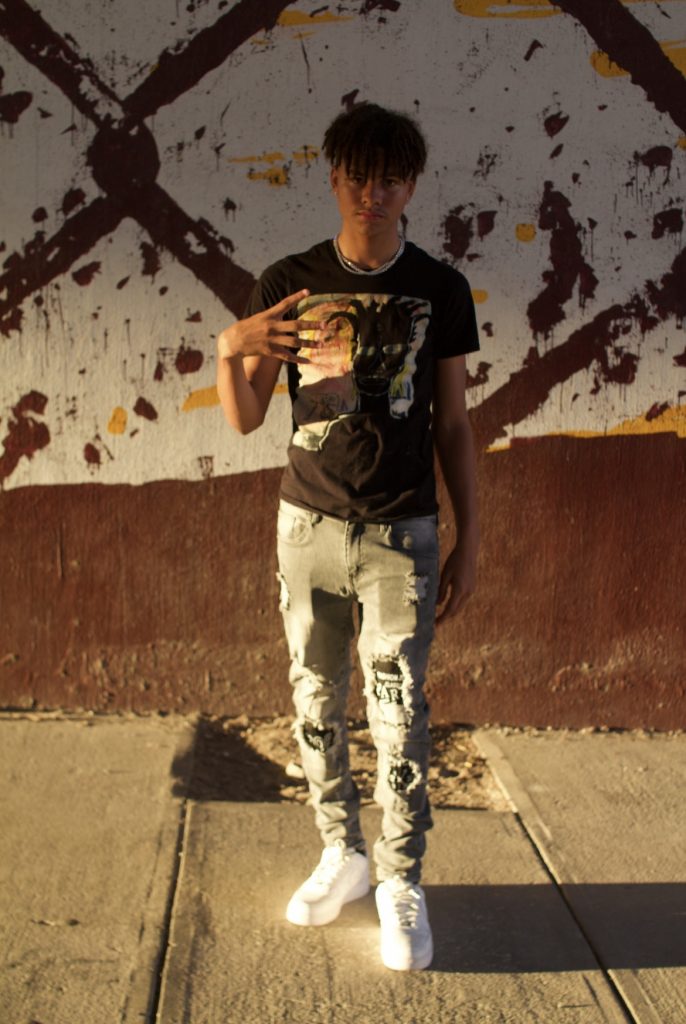 A gifted and young baller hailing from Atlanta, Georgia who goes professionally as YKM Rob- the first of his name and who recently received a co-sign from the artist ‘Lil Mosey’ – his future in the rap game feels so bright it can illuminate an entire city! YKM Rob has a spectacular knack for turning emotions into tracks with universal appeal and any time he jumps up on any type of beat, he slays it in a lyrical fashion, leaving an indelible mark of his indefatigable presence- he is that good!

The tune “Step In The Party” is a perfect example of what has made him one of the hottest talents in the US. Proficiently produced and boasting unforgettable melodies and wordplay, this freestyled banger will elevate any playlist it is added to. Elements of trap and vintage hip-hop combine to design an innovative track that will linger with listeners for days.

This is exactly where you need to be and you’d be astonished to note that he was just freestyling in his room studio when he came up with the lyrics and transformed them into this powerful finished product that you get to enjoy now. And this right here is the mark of an accomplished whizz who knows and has that kind of indestructible passion for his craft that he can instantaneously hear a beat and conceive stunning ideas.

This is a lyrical invention right here and gives me Lil Uzi Vert kind of vibes with the flows and direction of the cadence. The way he is able to handle his moments is nothing short of impeccable and succeeds remarkably in making an anthem off of this staggering record. He goes hard and even the high-standard music video is a huge statement that he did not come to play- it is laden with a high-quality and cinematic visual treat that will capture anyone’s attention from the word go!

YKM Rob has barely scratched the surface and for this young and talented wizard, there is no limit to his lyrical invention. You can look forward to getting more and more of these kinds of masterpieces in the coming days and months.

Follow the attached link and get yourself acquainted with “Step In The Party” as you save it as a favorite jam under your music library!

Catch Up With YKM Rob on: