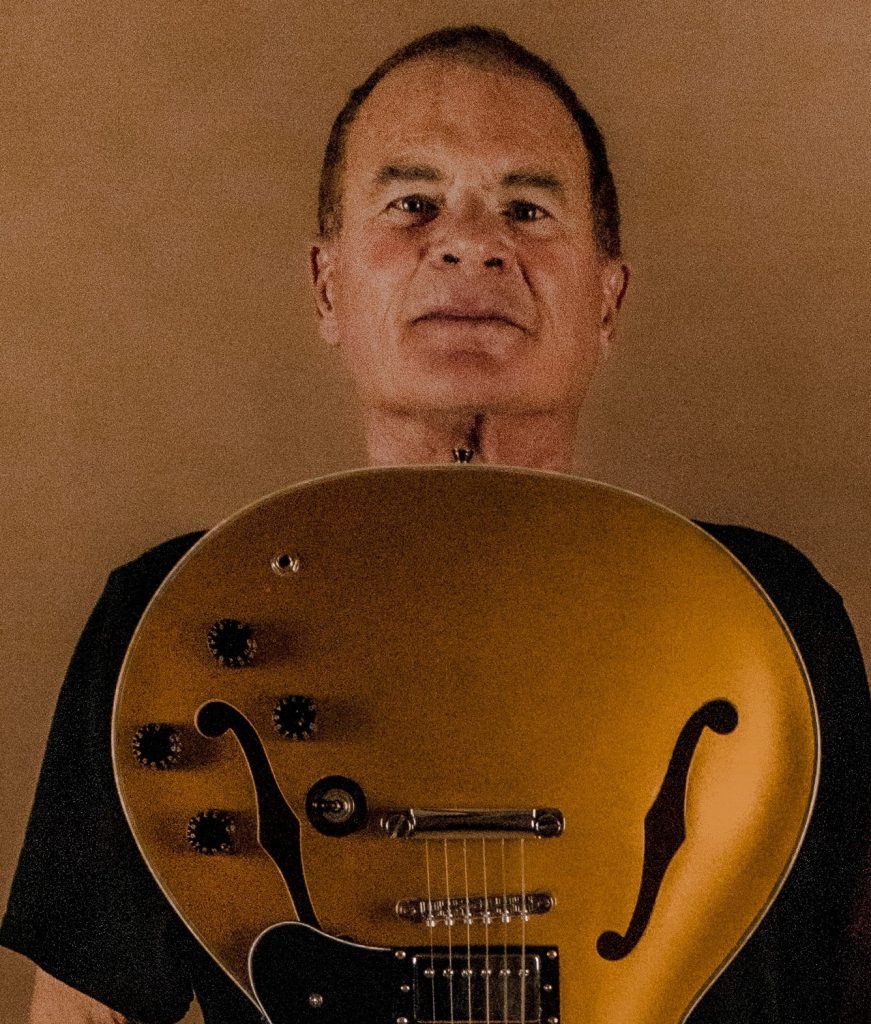 Blunts Objects and DID NOT are some of the brainchild by Tucson-based Bill Owens that have introduced Bill as a phenomenally gifted and experimental musician who fashions in broad strokes, drawing from a hybrid of analog and electronic palette to create pop music that is incredibly nostalgic. Inspired by everything 60s and early 70s, his discography boasts of classics and analog-designed masterpieces packaged attractively as a bouquet of musical almonds that is a joy to receive!

His monikers Blunt Objects and DID NOT are a reflection of his unique musical tendencies and influence his free-spirited process to engineer undeniably catchy and hypnotic melodies. Blunt Objects’ music features a strong, nostalgic melody layered with complex accompaniment to produce an eclectic blend that celebrates diversity and culture through music.

His “Pointy Rounds” project, which was mixed and mastered by longtime collaborator Jim Waters at Waterworks West in Tucson, confirms Owens’ love for timeless standards. Throughout the performance, you will notice that he has also got that particular voice and phrasing that make the tracks sound fresh and deeply relevant.

Owens displays a sound of his own within the tradition of first-rate singing in the track “Downtown,” which is by far my favorite from the collection. I have been listening to this track on repeat, went to sleep on it, played it all night through my dreams, just woken up to it, and I feel like I have been to heaven and back (I can actually show you vouchers!).

As the hypnotically crafted 60s-inspired melodies make contact with your ears, you will just be transported to some ecstatic places, sometimes nostalgic and sometimes cheerful!

“Unsaid Things” is the type of sound that is less heard and more experienced. I was particularly smitten by the consistently clean drum tones that have been countered by somewhat understatedly distorted riffs. The lead vocals do justice by augmenting the likeability of this masterpiece.

“Bugs” features some engaging dulcet rhythms and that gracefully and glamorously haunting percussive wave that adds sonic elegance, clarity, and warmth to this tune. That marriage between his velvety and manly vocals and the rhythmic beats fashions an undeniable anthem that stays imprinted on a listener’s brain even long after the tune is over! The melodies and harmonies are still fresh; I can hear them playing over my head invitingly!

Perhaps it’s worth noting that ignorance is just a delayed form of misery, and if not, then the track “Attack Of The Stupid People” is up for interpretation. This tune is reflected through vivid lyricism, and Owens has got that particular voice that perfectly brings out the intense nuance and emotional qualities of this piece.

Peppered with captivating lyrical puns and metaphors, the production in “Asses to Asses” is also stupendous as Jim Waters creates a radiant soundscape that displays his musicianship and keen ear for sound design. Right from the intro, the beats jump at a listener with an impressive blend of rhythm and melody, backed by flawlessly powerful male vocals.

By all standards, Blunt Objects prides himself on doing justice throughout “Pointy Rounds” and also brings a lot of unbridled passion and fun to the music. He succeeds on all levels throughout, delivering classic songs and vintage lyrics and making them sound as if they were written specifically for him to communicate with today’s listeners.

Once again I appeal to you to consider giving up your desire for the average sounds and tune your hearts to “Pointy Rounds”…I have a feeling your musical life will never be the same again after this!

Catch Up With Blunt Objects on: