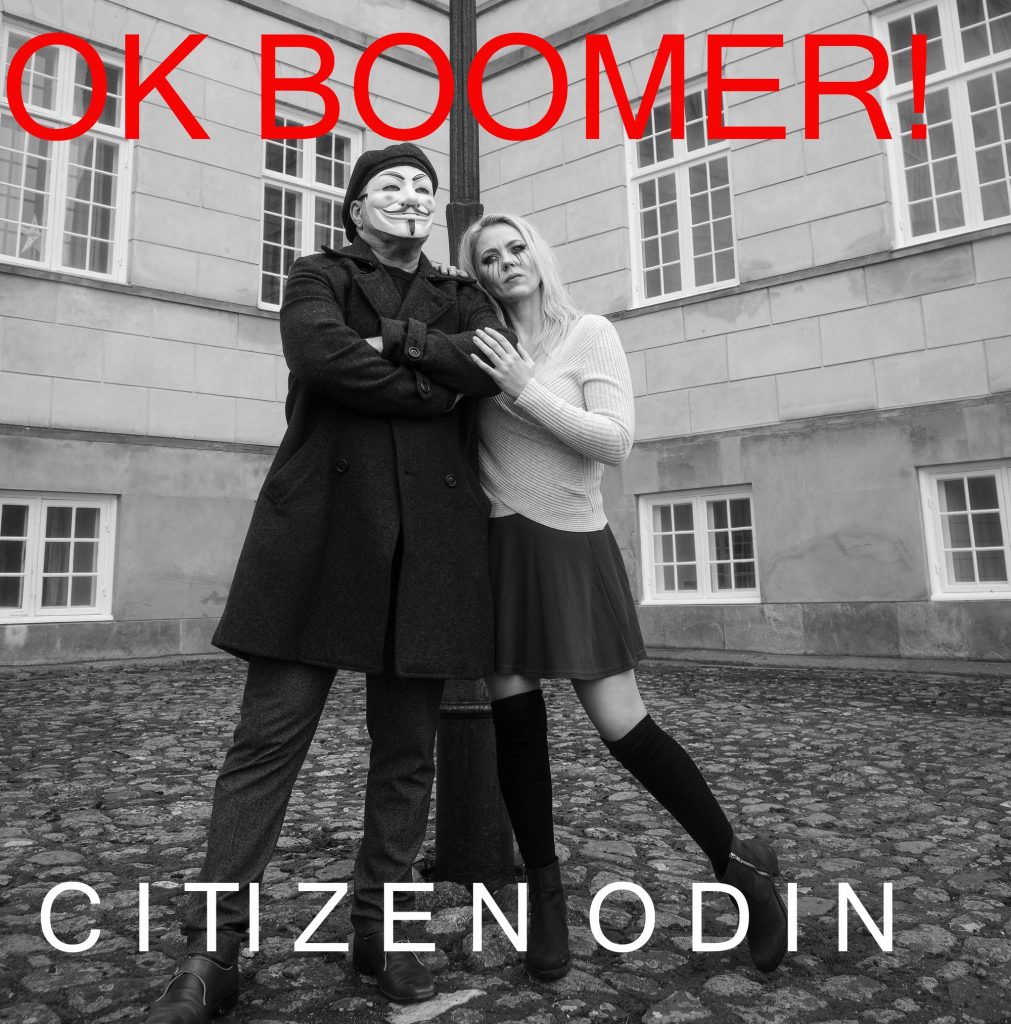 Citizen Odin is a Danish band led by singer and composer John Odin whose story start from when the pandemic hit and the lockdown period inspired an album from them which was titled “Coward 19”. Though this album was not meant for mainstream recording, it did catch the attention of young record company Lazarus Music Group. The album has popular tracks such as: “Slipping away”, “Coward 19” and “Heat and Dust”. Together with the new record label Citizen Odin went from being a solo project to being a band and their first studio album dubbed “OK Boomer!” was born in the autumn/summer of 2021. “OK Boomer!” is a 17-track compilation that tackles various emerging issues in a society from cancel culture, bullying, growth and despair and many more ear-catching themes.

The track “Remember Ginny” from the same album is an emotional tune about a girl who commits suicide as a result of digital bullying at school.

The wave of the charming guitar intro is felt right through a listener’s chest as the pull of the strings pull a listener’s heart closer to the melody. The splendidly twitchy electric percussion is added before the whole sound culminates to a rhythmus medley with the drums and the bass rhythms working in tandem to ignite a spark that allows for the strong and powerful male vocals to unmask the lyrics in stylish fashion.

The chorus “They say she did it by her own hand

They say we really should have known

That what we did, did follow her years to come

Even though we were long time gone” performed in quintessential twanging vocals pulls a listener into an emotional stupor as each word resonates heavily through a listener’s soft heart as they decipher the extent to which bullying can really impact a person. The climaxing moment integrated from 2:50 was a really striking feature that calmly and gently carries a listener with the crispy and cinematic emotionally-tailored percussion escorted to glorious grace with the equally emotion-filled vocals putting this impactful euphony to bed!

What we gather from this track is that what we do ultimately impacts others and the effect could be detrimental to others – as such we should endeavor to practice unlimited kindness to everyone at all times for it is absolutely free to be kind. Follow the attached link – stream this track and the other endearing ones from the album and share with as many listeners as you can as you indict them tom the blissful world of Citizen Odin!

Catch Up With Citizen Odin on: