12 Amazing Country Songs About Loyalty in Friendships and Relationships

Loyalty is priceless and the best way to evoke those feelings is through a creative story and which genre beats Country music!

The use of a story on which to build a song is Country music’s quintessential tool as the narrative is extremely important and it provides a strong and compelling element and foundation that binds the genre together. Here you get personal stories of loyalty, love, loss, and experiences that resonate well with those who listen to the tracks. 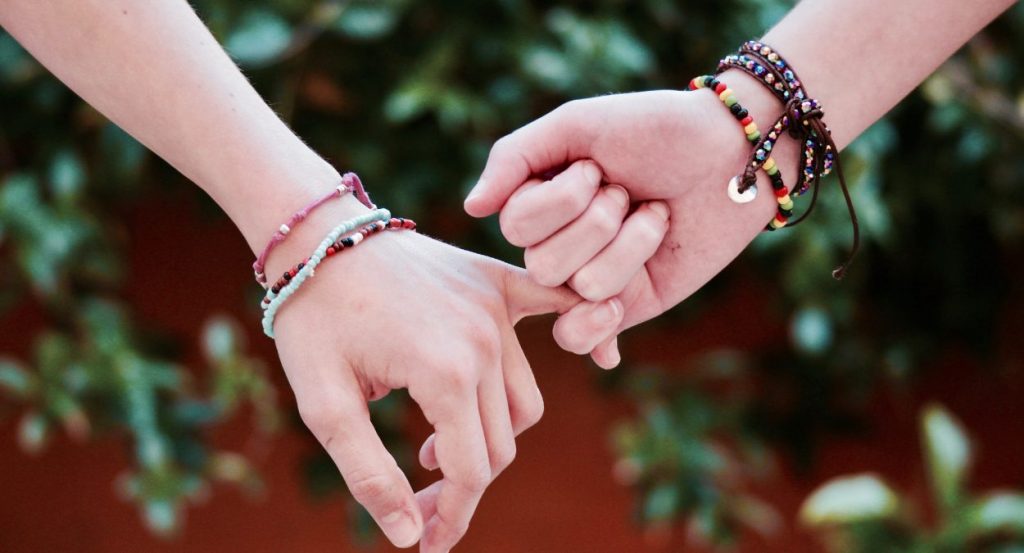 While many country songs are happy and fun, others take on a more serious tone and try to impart some wisdom and share experiences. These twelve country songs about loyalty all do just that.

1. Tracy Lawrence – Find Out Who Your Friends Are

What a way to start our Country Songs About Loyalty list than from this iconic legend that made this endearing masterpiece that celebrates the true and loyal people who would do anything for their friends.

This country gem from his “For the Love” album celebrates the loyal friends who will go to the extent of burning a bridge down just to save their friends in any kind of situation.

Grooving from within the quintessential cowboy feel with the twanging vocals dressed on top, this tune allows a listener to ascertain their friendship levels while also looking themselves in the mirror and questioning whether they are indeed worth being named as loyal friends.

This is an emotional country ballad that celebrates the boundless loyalty and commitment till the last breath!

Like a befitting two-edged sword, it cuts on both sides and can be the best theme song for proclaiming loyalty at a wedding and at the same time can be used to express the same undying loyalty to the loss of a loved one as the emotions of hurt covered in deep devotion rise from within the deep cages of a loving heart.

If your song can fit in both worlds so perfectly like this absolute masterpiece, then you know you’ve written something truly special!

This is a true emotional rollercoaster song that floods the listener with all types of feelings as Bentley pays homage to loyalty, even if it is to yourself.

The song honors persons who remain faithful in their attributes despite the failings of others.

The opening lyric, where he sings “She’s here now, he’s not,” gives me chills every time I hear it — talk about power!

Coming from one of the country music’s hottest young acts at the time, this sensational ballad celebrates the acts of loyalty through faithfulness and just the touch of the guitar, mini bass and some country-defined organic instruments backed by his cowboy vocals are enough to make your heart cry to your one true and loyal love.

“Friendship” is the tune that brings some tears to a grown man’s eyes as the meaningful words of true loyalty and friendship are put on a weighing balance and the true weights of piety balance perfectly.

Throughout this groove, Stapleton reaffirms what true friendship is all about and what it means to have one loyal friend in your ranks as he sings “ Tell me what the problem is I’ll see what I can Do…” offering assurance once more “Through all the hardships you know you’re a friend of mine…”

This is can be an imposing tune in a concert; I can already see everyone putting their arms around each other’s shoulders and becoming a crowd of best friends!

There is no loyalty party without the legend Dolly Parton being in it – a fierce female Country statue whose music has lived through the generations; withstanding the test of time with audacious impeccability!

In “Jolene”, she begs for the loyalty of her friend Jolene not to take her man from her even if she knows that she can.

With a girl as beautiful as Jolene as described “Your beauty is beyond compare with flaming locks of auburn hair, with ivory skin and eyes of emerald green, Your smile is like a breath of spring, your voice is soft like summer rain…” you automatically understand why she is imploring her not to take her man as she cannot compete with her!

7. Dolly Parton – I Will Always Love You

Like the Country model she is, of course, she had to take two spots and this is the song that broke the hearts of many with its deeply resonant qualities.

To just know that you gave love so strong it burned with passion and to top it with endless suffocation of loyalty just to be betrayed and with a love so powerful, the only thing you get to do is just love them for no matter how much you try, you can’t bring yourself to hate them whatsoever!

The most surprising thing about this tune is that Whitney Houston released her own cover and many listeners did not know the original tune belonged to Dolly Parton – if you didn’t; now you know!

A father figure for all of the Country music generations; the greatest of all times and an idol to many with his ever-lasting tunes echoing through the Country generations long after he is gone!

In this duet that he performed with his longtime friend Dolly Parton, Rogers underlines the impact of those true and loyal friends whom we create that indestructible connection and bond, and no matter the places you go and the people you meet; that special bond you have is not replicated anywhere else.

This is a bond built on loyalty, passion, fond memories, and above all unconditional love.

We all have had that special kind of bond with at least one friend whom we would turn every inch of this world upside down for.

Miranda Lambert has built up an admirable catalog over the years placing the female country elegancy up there with the industry titans as she evokes charisma, passion, femininity, and confidence in her own craft like the powerful lady she is.

In “Bluebird” she alludes to loyalty to oneself in the face of bleakness everywhere else.

This is the most precious thing one can gift themselves; loyalty to their cause, their faith, and their abilities. “If the house keeps on winning, I got a wildcard up my sleeve. And, if love keeps giving me lemons, I’ll just mix em in my drink. And if the whole world stops singing, and all the stars go dark, I’ll keep a light on in my soul…” she sings with a clear voice and an open heart!

Johnny Cash is another model of the country genre who was revered by country music lovers and as one who had excelled at the top of his craft, performing crazy-fun-country music- he was admired for humbly embracing superstardom and for his storytelling ability to wow fans and endear himself to them through his repertoire of exquisite country jams.

Throughout “Hurt”, he expresses the themes of sorrow and moral tribulations from the fact that he can’t find one loyal individual who will be there for him and stick with him forever.

One thing about Brad Paisley is his remarkable ability to not only tell a story but to capture and express so much of what emotions the story carries and in this fervent tune featuring female country artists Alison Kraus, he does exactly that.

“Whiskey Lullaby” echoes the betrayal of trust and to a larger extent, a disheartening act of disloyalty towards a loved one. A war veteran comes home from serving his country only to find his lover in bed with another stranger.

The pain and hurt in such betrayal is so much to bear and it drives him to his grave with a clean shot to his own head. The lover cannot keep up with the guilt and the hostile prejudice from people around her and she follows suit when she is laid down next to her lover beneath the willow, the angels sing a whiskey lullaby!

12. LeAnn Rimes – Good Friends And A Glass of Wine

One of the most uplifting country songs about loyalty, honoring the blessing of having good friends at your side.

After that long week trying to make ends meet and the thought of a great weekend with some true friends as you, wine, and dance to a beautiful future together is what makes the heart grow fonder.

The best tune to dedicate to your friends in your next meet-up as you let it groove efficiently through the speakers- the champagne bottles popping in resonance to the moment!

It’s comforting to know that there are others who have felt the same way.