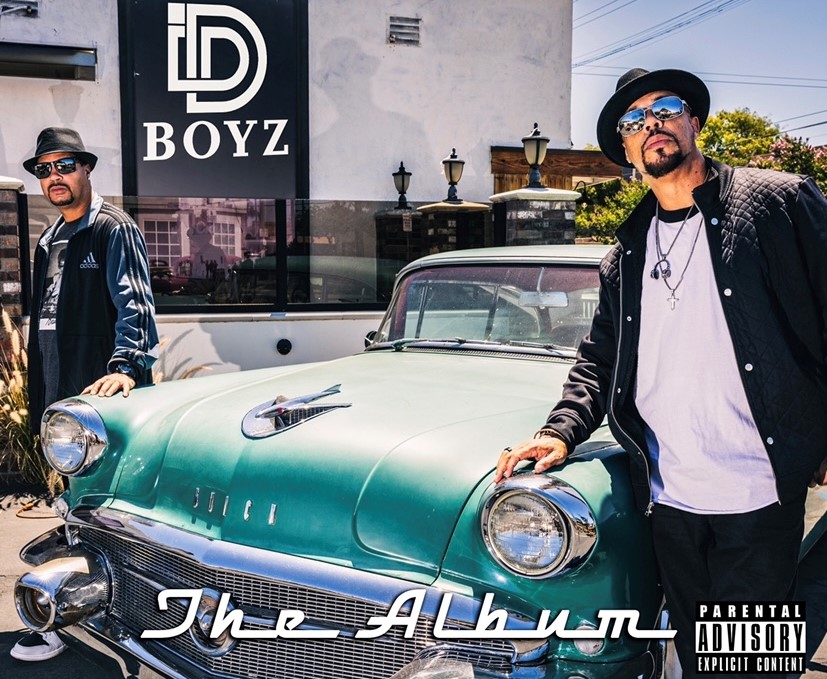 D-Boyz is made up of real-life brothers Haph Breed and Dygital Soul. Haph Breed is an emcee and producer, as well as the owner of the record label PBP Recordings, which he founded in 2016. Over the years that Breed has been working in his capacities as a first-rate emcee and producer, he has worked with musical wizards in the mainstream industry, which has enabled his fame to spread further. Dygital Soul is also an artist and producer whose repertoire spans years of a successful career as a rapper, songwriter, and producer.

When making the album, Breed wanted to tap into timeless sounds within the realms of pure and authentic hip-hop and wanted to give it a realistic touch from some of the best lyricists, and there was no one better suited to the role than his own brother, Dygital Soul, and that is how the valuable collection “The Album” was born with guest features from Tra’zae Clinton (George Clinton’s grandson, son of Trey Lewd) and Charlie Lake.

I don’t know about you, but I always recognize authentic rap because I grew up devouring large quantities of it, and when I listened to “The Album,”  I couldn’t help but feel proud and honored at the way D-Boyz manage to take it back to when rap music was real and not this mumble rap shit we are being fed on the mainstream today!

It’s one of those collections I have listened to from start to finish, and I honestly can’t point out just one single favorite because it is simply that good—easily the album of the year for me. I just love how the boys hype each other from the beginning in the opening track “U Wanna Get Down 2 Nite” which sees a guest appearance by Charlie Lake.

The old-school vibe is enhanced by nostalgic beats that have been superbly mixed and mastered, highlighting one or two things: that there is indeed ingenuity in simplicity. From the onset, the duo unleashes pure rhymes and thought-provoking mannerisms to deliver greatness beyond description!

In the track “Spaceship” featuring rhymester Tra’zae Clinton, there is that magical-sounding clap percussion that blends graciously with the electronic-induced melodicism and heightened vocals to make for an unforgettable intro. Once the duo starts delivering, you might be forgiven for thinking you tripped over some Notorious B.I.G’s records, only this is D-Boyz gracing your eardrums in only ways they can.

The funky elements present in this track add to the thickness and variety of this sonically inviting and warm masterpiece and make it feel like it is a record off of Silk Sonic!

In the track “Like The Way”, this American super duo decides to do something different and ethereally hypnotic by giving this tune a unique R&B and soul vibe that is indescribably soothing and relaxing in ways words cannot explain—you just don’t want it to end. The beats are the head-bopping, feet-thumping kind as you pour yourself an insanely large amount of wine for the evening and push the volume up a little as you immerse yourself in this exquisite pleasure.

“MVP” is a sound foreseen in the future, performed in the past, and delivered in the present. It places you somewhere in 1997…not 1995 or 1996…it is very specific, and as the duo proves their wordsmith stature over the retro-sounding instrumentals, you just don’t want them to stop. They complement each other so impeccably.

“Let’s Go” transports a listener to a place of their choosing, with its quintessence resting on those catchy and memorable hooks over the vintage collection of beats.

“Da Fluid” is actually a matchless lyrical delivery capped off by that high-end and unforgettable chorus that you can never get enough of no matter how many times you listen to this masterpiece; trust me, I have tried, and each time it gets and feels better, and you simply can’t get it out of your head.

Man, this year we’ve had to feast; I haven’t quite gotten over Nas’ “KID III” and Metro’s “HEROES & VILLAINS” and now I have to add “The Album” to the mix—if at some point I go crazy, you know who to blame!

If you are into timeless, old-school-inspired hip hop and the classics, “The Album” is the collection for you. Follow the attached link to stream it in its entirety, and let the tracks that feed your soul gratifyingly make it to your playlist.