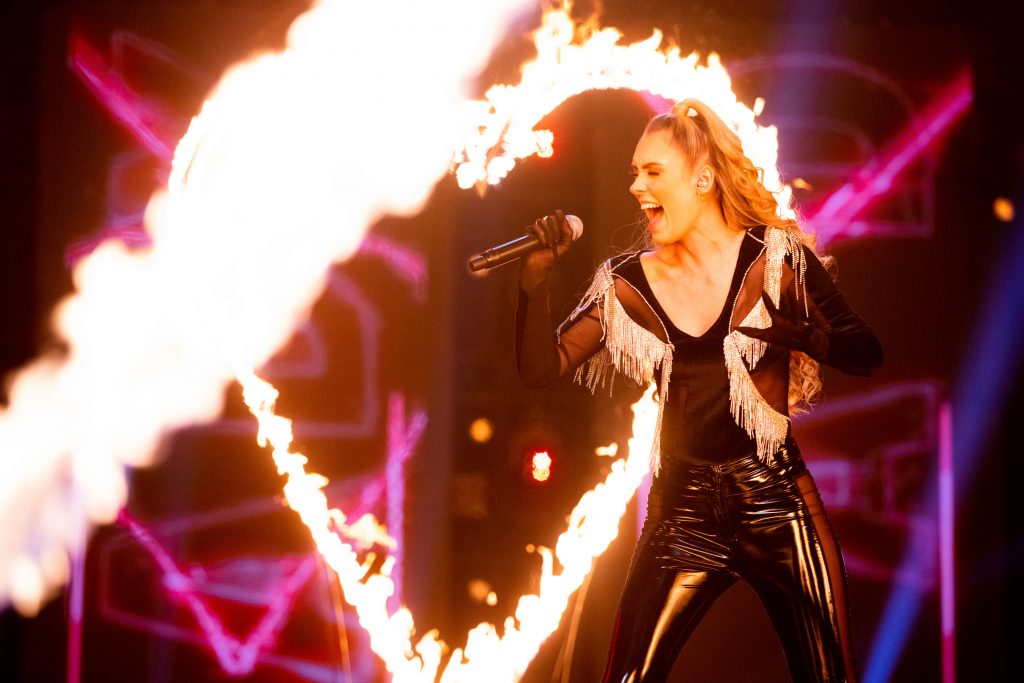 Stepping into the big league with some magical creations Lily Löwe is as astonishing as her name! She is a Norwegian rock artist and songwriter lyrically and melodically splitting the lines in underground hard rock and shines through with her unbridled energy and untamed confidence in the metal and alternative genres that have some subtle hints of punk music style. She is the new and promising emerging female face of rock music. She stuns with her sharp and exuberantly stinging and expressive rock-quintessential voice, delivering the right emotion and energy with each track she releases with her undisputed vocal acrobatics due to her solid technique. Her attested songwriting brings out the raw emotions and the organic feel of the metallic rock and has been a defining reason as to the plethora of incredible releases she has to her name to this date!

Like s Bullfrog she tapped into her endless tap of energy and delivered in dramatic and extravagant flair a 9-piece bona-fide album “Löwe” that holds a listener captive from the first track “Scream” to the last track “Run”. This is a cinematographic rollercoaster and in some moments you might want to hold on strongly lest you find yourself thrown out of a moving train! The tracks hit through with real power, that sucker punch straight through your musical throat, and before you get hold of yourself, the next melody is collecting you from off the ground.

Improvisation plays a requisite role in this album and as you will witness in the track “Scream” there is a clever blend of the distinctive groove of punk colored with glittering imagination amidst the more dominant rock profligacy. Listening to this and all you want to do is literally ‘scream’ in uncontained exhilaration.

The track I’d want to focus much on is “Bad Baby” which hits the ground running with electrolyzed vigor as the high-vitality and gutturally raw instrumental performances with a depiction of the existence on the throes of chemical stimulation fight over a listener’s attention! “Bad Baby” is depicted in raw anger as it features powerhouse deliveries from a titanic player beneath a stream of melancholic lyrical flow encapsulating the stylistic pinnacle of progressive metal in the early ought’s and revealing a nearly magical scene of the impact an extremely sparkling sound can have on a listener!

There is a lot of pure power behind Löwe’s sound! the highs and the lows, the cliff-hanger moments, the drilling zestful instruments, the intriguing drops and charming guitars and the near-mystical matched up the vocal presentation by Lily Löwe seems to only happen in scripted movies and yet it flashes right before your eyes and ears and you can do absolutely nothing (or everything!) about it – you can choose to listen and marvel at her epic wonder or you can actually join in with careless abandon, throw caution to the wind and move wildly like some possessed creature, dancing animatedly like no one’s watching!

This is the epic story of Lily Löwe and this story has a good ending; all the tracks from the album hit a nerve and in different ways and it is why this is an easy recommendation to all listeners across the rock board – to seek its redeeming magnificence by following the attached link and stream, like it, choose their favorite tracks from the collection and save it for the daily dose of such healing melodically-charged medicine!

Catch Up With Lily Löwe on: