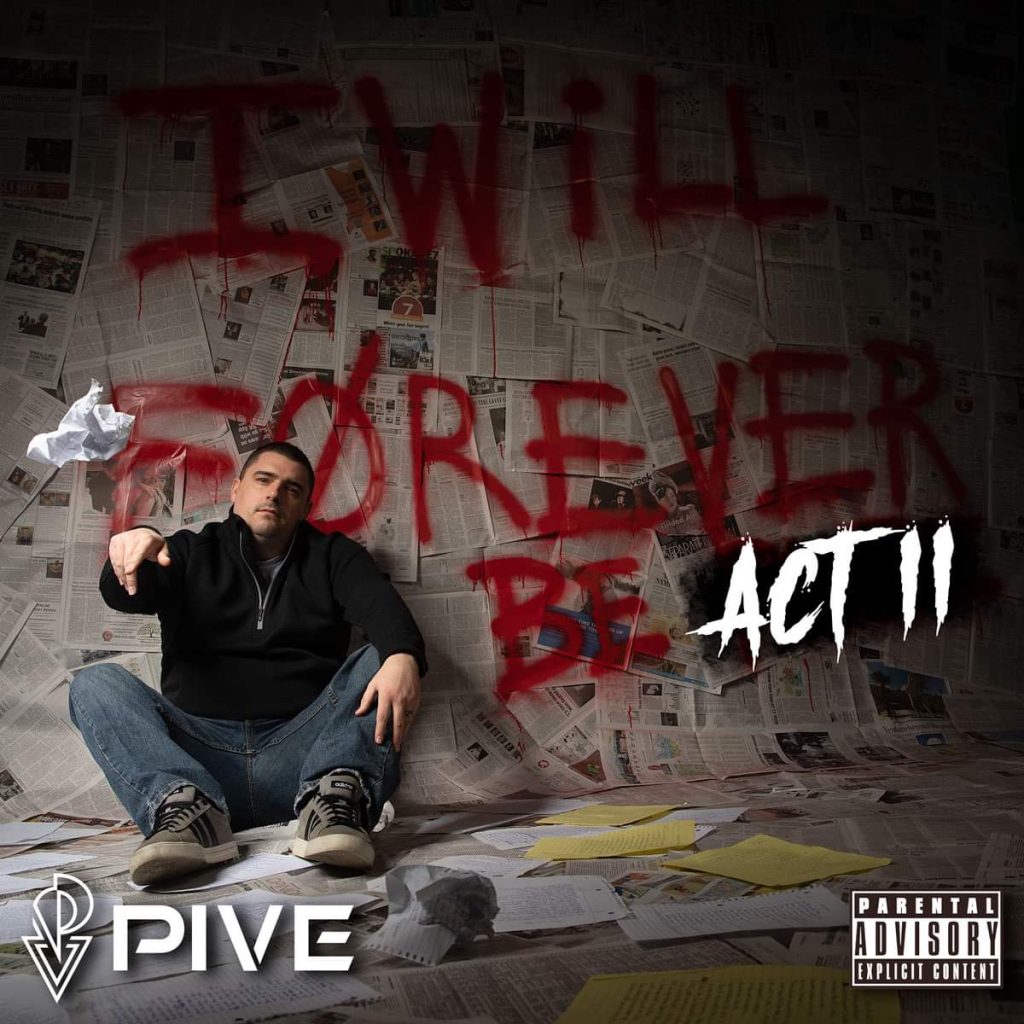 For anyone who doesn’t know PIVE, well, you need to, and it is as simple as that. If you are into timeless and authentic rap music that is brimming with fresh rhymes and stunningly innovated melodies, this is just the right place for you, and though you might have come in late, the party is not so much gone! PIVE made heads turn following the release of his debut album “I Will Forever Be,” which went on to generate buzz and amass tremendous stream numbers across various digital platforms. He is back with another injection of the same dose; “I Will Forever Be Act 2” is the album to take you through this year and spiral onto the next!

“I Will Forever Be Act 2” is a 12-track compilation of some of the best timelessly tapped sounds I have listened to in a while; more than anything, I appreciate the lengths PIVE went to give this album sonic variety, versatility, and dynamism. There is something in here for everyone; whether you are into hard-hitting hip-hop blazers, emotionally-pulling masterpieces, nostalgic sounds, or just feel-good anthems, PIVE has you covered (you can thank him after you have finished listening to the collection several times and letting it sink in!).

The opening track, “Day Dreaming of You,” is just epic and emotional and sees PIVE come off as raw, straight-talking, and with an honest tone over the irresistibly atmospheric modern beats. His lyrical ability here is second to none, and all you can manage to do is hold your breath on his behalf and behold such first-rate lyricism!

In “Tipping Point,”  PIVE just takes the safety pin off and blows it off with a thudding, destructive impact that is felt all over the hip-hop world. Featuring a guest appearance from fellow rapper Dubbygotbars, this certified banger will have you at the “Tipping Point” of indescribable pleasure. The beats are heavy, as are the bars. And did he just say he’s just a joker with a gun? – You really can’t make this stuff up!

Let’s talk about how effortless it is to lose your mind to “The Come Up,” because PIVE just went overboard with very little concern for a listener’s sanity. It should be declared illegal to produce such hypnotizing sounds without issuing a warning! The tremendous beats drop at a blistering pace and hard onto a listener’s eardrums as PIVE assumes his role as a lyrical assassin; murdering those beats without remorse! The featured guest artist StillMarka gives this track another fascinating dynamic that makes it cut across the euphoric features of hip-hop—it feels marvelously psychedelic!

“Magic” highlights PIVE’s ability to break through with versatility and style, as he displays that he is just as effortless as a rapper as he is a singer. This tune sees a unique combination of electronic dance-pop melodies and hip-hop lyricism—tell you what, the DJs are going to have a feast with this one. “Magic” is the sort of track that translates to any dance floor around the globe. Keeping up with the pace of the beats intriguingly, PIVE goes on to make an anthem out of his lines as he operates between singing and rapping in ways only he is capable of, gifting us his magic, passion, and world of music; and it’s irrefutably other-worldly!

Coming off very emotional and raw, PIVE relays his “Dark Thought” on pen and paper, backed by the introspective and blazing instrumentals that offer the perfect bed of support for his powerful vocals to flourish. You just get to admire as he takes center stage as a matchless rhyming poet and delivers his thoughts in a personally relatable manner.

Beats really shouldn’t go this hard; the melodies in “Dream Follower” are unforgettable and blend with PIVE’s vocals like they were meant for each other as he goes on to make a track with an epic feel good, energized, and holiday vibes!

Like I said, there is something for everyone in this collection, and I’ll now let you have at it: follow the attached link to stream “I Will Forever Be Act 2” in its entirety and let the tracks you enjoy most update your playlist!

PIVE is set to continue with this series of musical greatness, which will see him release “I Will Forever Be Act 3” in 2023. There’s so much to look forward to, and that’s why I suggest you follow him everywhere and don’t let him slip through your fingers even for a mere second!

Catch Up With PIVE on: