You know how there are artists — some, a few really — who have it said of them that they are “not of this time”?

Dan Szyller is one of these artists and it won’t take you two consecutive listens — as it did me —of his latest project, “The Celestial Immigrant” to get appraised of this. 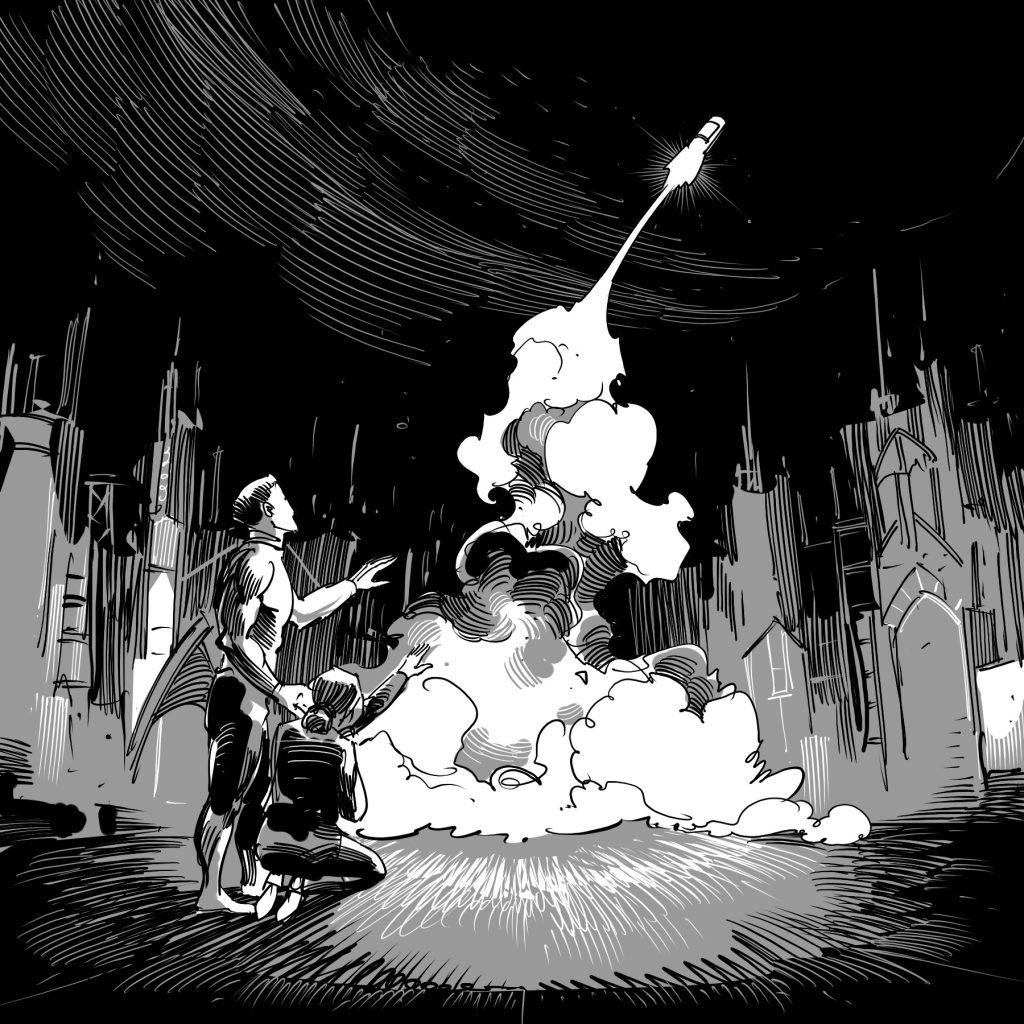 Dan Szyller has a genre-defying style of music that blends the toothsome elements of grunge flavor, electronic and psychedelic rock, to craft a genuinely breathtaking style of music that cuts across the listener’s fascination; here you are served a buffet of mouthwatering melodic dishes that will keep you coming back for more! In that spirit of not only entertaining but also impacting, he has a new phenomenally intriguing album dubbed, “The Celestial Immigrant.”

The title track “The Celestial Immigrant” opens with a mesmeric mi-solo guitar and the addition of other guitar strings and moderate drums that are highly melodic is a brilliantly authentic slice of spicy melodicism that inspires a listener marvelously. His mellifluous vocals make for a wonderfully engaging performance that fills the track from head to toe.

One could interpret it as a track that gives an ode to the struggles of coming up as an immigrant and a young person with nothing but empty pockets and bags full of dreams. He reference “The celestial immigrant is on his way, in the Milky Way. Will he ever make it?….”

“Summer Kiss” is the perfect tune to reignite those summer vibes and instantly transport you to a place of pure bliss. Not only does the song begin with that delightful overall mood – perfectly suited to suit unwinding with friends as the sun sits high above – but it is also really well composed in terms of what works in rock music. The verses have a certain ease and lightness to them, as well as an engaging beat, and the hook lights everything up to resolution and uplifts as it proclaims the fundamental reality that life and romance is good in the summer.

“King’s Hall” is a lively and charged-up affair right from the opening gates and it is exactly the type of song to bop your head to albeit with reckless abandon under the melting glow of its melodic grandeur. With its blistering electronic guitar showmanship, soaring vocal performances, and marvelous sense of rock-drenched flamboyance, “King’s Hall” is exactly the tune to inject your day with that much-needed energy to enable you to go on your day with that sense of undeniable happiness and vigor! Dan really nails that classic sense of rock attitude and his vocal range is incredibly diverse.

The whole of this album is something special that brings out music as the art it is, fitting so perfectly that it gives you that inspiration for creative output. “The Celestial Immigrant” is a masterpiece that transports you back in time with tracks like “Interstellar (Voyager 1)” and “Summer Kiss” and whisks you away into the future with tracks such as “The Believer”, all at the same time. It is absolutely incredible and why you are already missing out by a big deal if you haven’t listened to any of the tracks in here. Swiftly follow the attached link and stand to be counted when the melodic gates of paradise are opened for all those whose playlist has at least several tracks from “The Celestial Immigrant”

Dan Szyller can be found on: