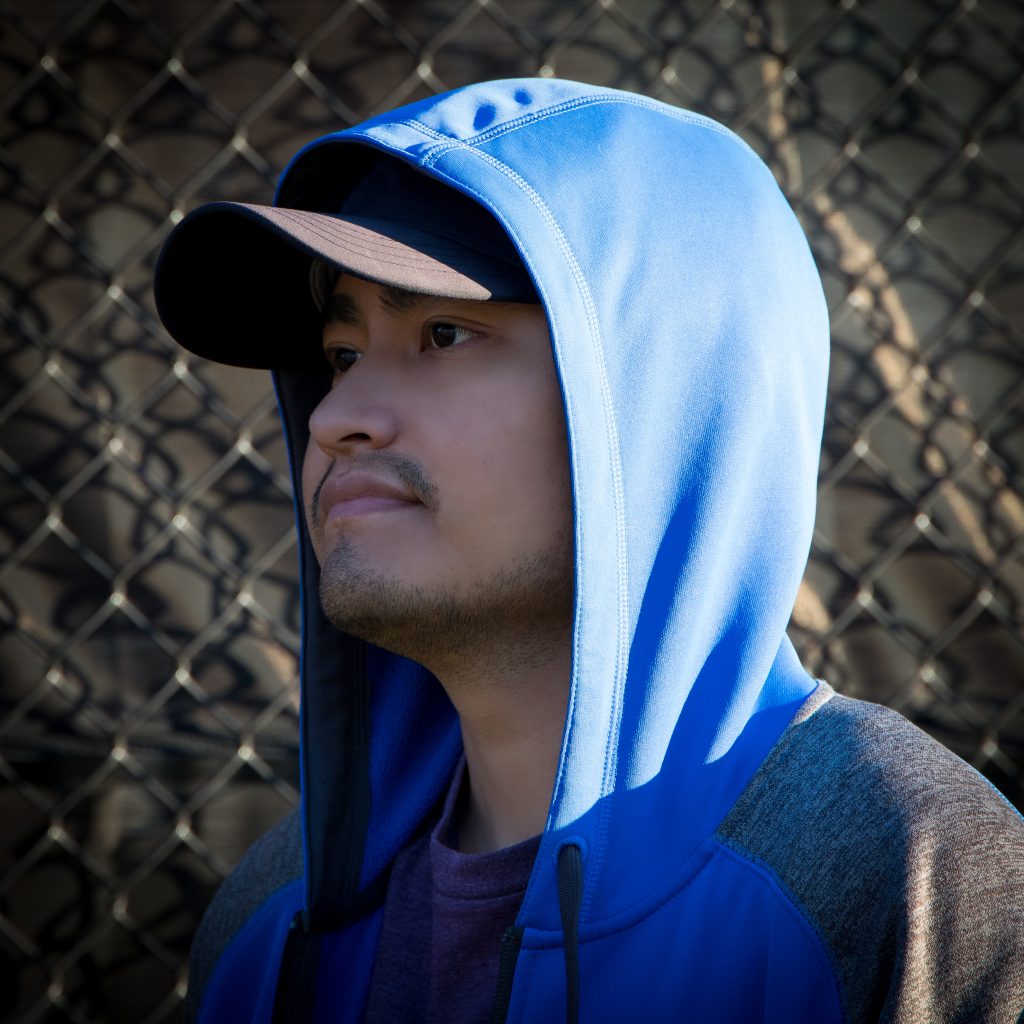 Hari Upfront has been sparking international interest following back-to-back hit releases, “Pull the Strings” and “Kurikara” in 2022. He is also the focus of attention as he rides high on his latest joint EP collaboration with AudeeGotClout on “Audee Upfront”. Hari prides himself on his versatility and unique ability to combine two different worlds into one complete package that is just as impactful. By blending the hip-hop world with the anime and video game worlds, Upfront is able to create something otherworldly that is served attractively in a bouquet of luxuriant melodies that is a joy to receive!

“Product of a Shy Extrovert” was his 2021 project; a 14-track valuable collection brimming with lavish tracks that cover a plethora of real-life inspired experiences and topics, there is every bit of undeniable satisfaction a lover of hip hop, R&B, soul, and even pop is likely to receive. In short, there is something for everyone.

Blending a bit of this with a bit of that whilst still maintaining a consistent hip hop brand, the tracks here are addicting and ethereally fulfilling delivered with a seemingly understated elegance that highlights Upfront’s competence as a sound innovator and inimitable music champion!

“Locked Up” features some thought-provoking rhymes over the atmospheric and nostalgic beats that somehow transport you back to a time in the past when authentic rap music dominated the airwaves; tell you what, things were so much better back then… I am in no way complaining. This tune literally had me “Locked Up” in my feelings, and I didn’t want to let it go. It took me so much convincing to give the other tracks a chance!

I absolutely love what they did with “We’ll Be Ok.” This is one eclectic jam that sees Hari strike a balance between rap and pop invigoratingly; the buoyant pop stylings ebb and flow throughout the melodies, and you just can’t help it but dance like no one’s watching to these arresting beats. Matching the cadence of the beats, Upfront delivers a masterclass, literally ‘killing it’ on the set stage!

I felt like “The Last Days” was astonishingly deceiving; it starts with some charming and blissful keyboard melodies, and before you know it, the blazing trap-inspired beats come dripping down with a heavy presence that is felt all around your senses. And boy, the hard-biting and speaker-thumping beats are met with a level of unmatched lyrical preparedness that sees Hari armed with a repertoire of alluring bars to accentuate his stature as a top-grade rhymester. After such a matchless delivery, you can never doubt his excellent musicianship. Keep me at this sound I also don’t wanna wake up to anything else!

“Maroon Sheets” is attention arousing from the word go; the beautiful sound arrangement does not go unnoticed. The prolific melodies that have their cue on pop-soul are met with welcoming vivid lyricism of one Hari who delivers a rap-inspired orchestra performed so effortlessly cool. This tune makes you want to dance all your troubles away as you give an ode to life’s abundance and unyielding joy!

“Da Hallz (Echo)” featuring a guest performance from one IAMCHRISCRAIG is big, bold, and brush with the duo unleashing a lyrical performance second to none!

“Emotional Intelligence” is laid-back and emotional, and it sees Hari Upfront confront the melodies with a raw and honest tone that will appeal to a lot of the listener’s senses. I have played this jam more times than I can count now, and I’m still yet to get over it—let’s just say I’m 100% into emotional sounds.

“Chosen For” is just mad-energy vibes that you simply cannot afford to keep calm while listening; this one will have you on the edge of your seat throughout as you vibe animatedly and catch some of those infectious vibes that Hari emanates with his unrestrained performance!

There is so much to sink your teeth into from this entire collection that really deserves so much more recognition than it has been afforded!

To stream “Product of a Shy Extrovert” in its entirety and find out just how much you’ve been missing, follow the attached link and let it roll!

Catch Up With Hari Upfront on: