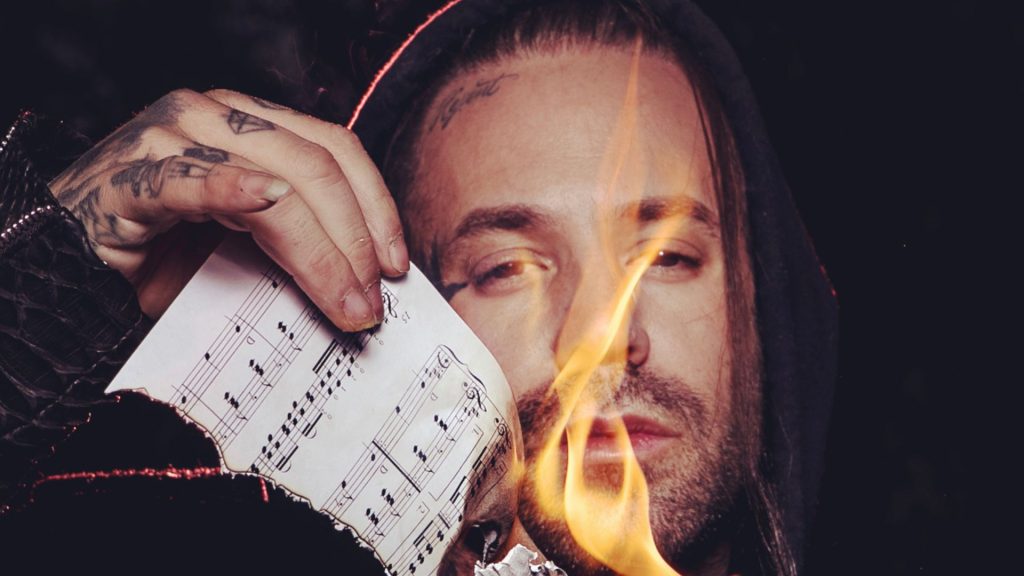 America-based visual artist and filmmaker Trap DeVille is anything but ordinary—a man who has been able to fashion a near-perfect marriage between hypnotic melodies and visual art to create a unique kind of musicality that is vintage, beyond forgery or imitation, and which you cannot find anywhere else. He writes and performs all his music as he goes on to draw from his rich cultural heritage and real-life inspiration to tap into timeless sounds that transcend any genre in time or place. The word extraordinary is one you can use to describe him, and even if it feels a little bit of an understatement, it is the only word close enough to describe the brilliance he has been showcasing for a while now!

Every Trap’s song, backed by that visual experience, revolves around bigger ideas and forms of self-expression, dreams, and epiphanies within Trap DeVille’s fresh, ambitious, and extravagant musicality. Trap’s sound is a much-needed breath of fresh air in today’s commercial music scene, which has sought to remain the same; listeners are craving something new, something they can instantly recognize and resonate with, and Trap has been giving them just that. It is thus not surprising why his music boasts such tremendous numbers on digital platforms!

You have to be cleansed as you prepare to step into what is a hallowed ground that is his new album; Trap DeVille’s is about to unleash his long-awaited visual album “Sacred Tragedy” and you just have to be better prepared in body, mind, and soul because this is going to be one for the ages!

This is the kind of collection that will appeal to anyone who has fond memories of the golden age era in terms of lyricism and melodicism. You get to experience crisp, clean melodies that cut across the rock, pop, metal, and indie worlds. Also, if you have interacted with Trap DeVille’s work, you know that he possesses vocals for days, and he certainly knows how to turn simple melodies into hit tracks!

Each and every Friday, Trap has been releasing short, trailer-like episodes in anticipation of this new album, and they are worth every minute and second of your time. I was over the moon for the well-captured scenes and creativity behind the script; this is really a movie in itself that is mind-boggling and highlights the inexpressible level of ingenuity a listener can expect from the entire “Sacred Tragedy” once it drops!

The third episode was really a cliffhanger, and now I’m impatiently waiting for the fourth episode, which will be dropping this Friday. The notification bar is on, and I’m more than ready to indulge myself in this storyline and see how it unfolds.

This is what legends are made of, and Trap DeVille is in his own right, flying the gypsy flag high as he seeks to pioneer a kind of sound that will live forever. He is setting the stage for others to emulate, and that is why we give him his flowers for such inventiveness!

And before I forget, we are still looking forward to that Europe tour; we need to witness this level of creativity and flair up-close and personal!

As the whole world waits patiently for the release of “Sacred Tragedy”, it is only right you keep up with the proceedings: follow the attached link so as to watch the three short episodes from his valuable collection and let us know what you think about this virtuoso and his work!

Trap DeVille can be found on: