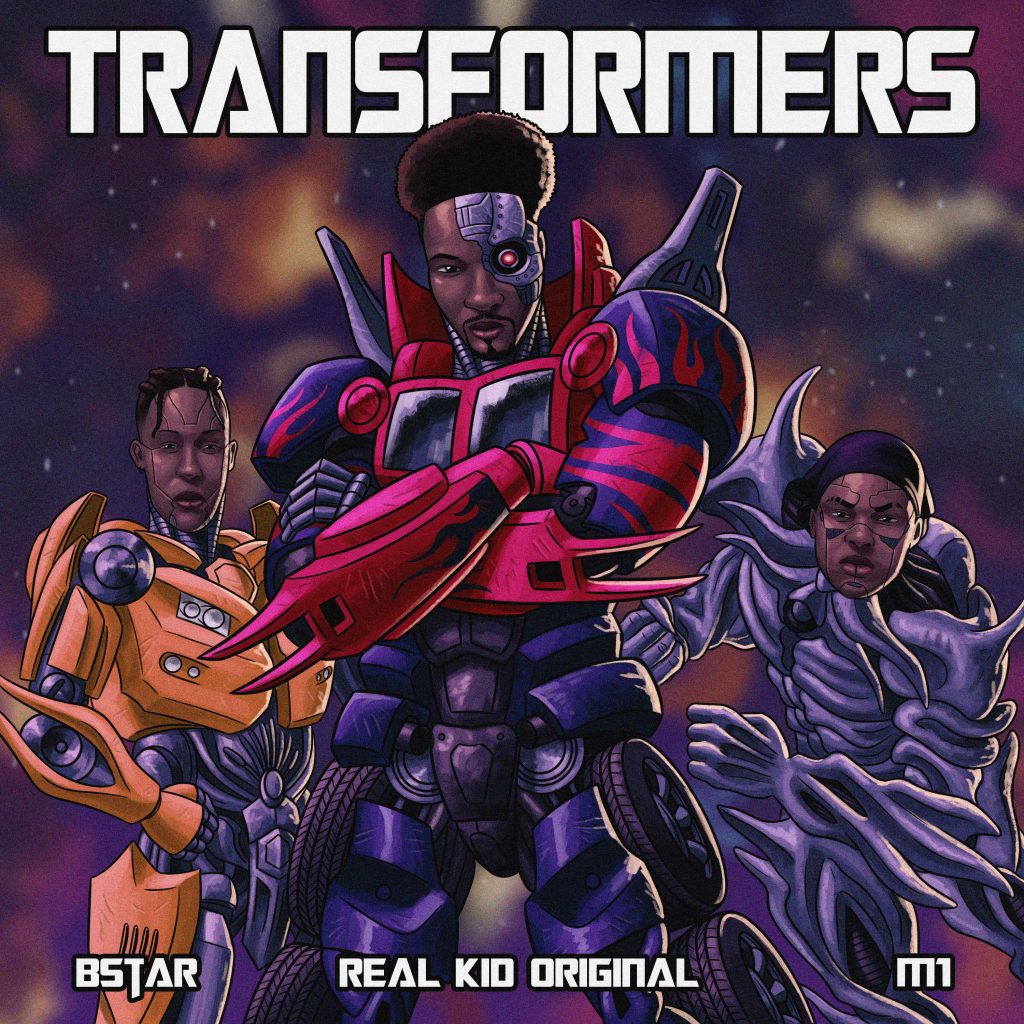 Rilwan who goes by the professional stage name Real Kid Original AKA Big Rizzy is a certified independent rapper and producer based in Ireland but originally from Nigeria. He was a refugee in Ireland for over 18 years and once he made it through, music was there for solace and he escaped right into it capitalizing on his massive rapping talent appropriately! We are now talking of a household name that has been in the game for more than three years; coming through with dazzling bangers and collaborating with a host of other talented artists across the globe. One thing you cannot take him away from his is his resoluteness and undeterred determination and vision to make each day a better one than the previous one as he swiftly climbs up the ladder of success in the music industry.

“Transformers” is inspired by that indefatigable steadfastness to always evolve and transform from your previous state and inhabit a new better one like Real Kid Original has shown – rising from being a refuge all the way to a promising independent artist with some exceptional tracks to show for it. The franchise “Transformers” also played a part in the inspiration and it wouldn’t hurt to imagine yourself as a robotic human – would it! In this banger, he featured fellow rappers BSTAR and M1ne, and the tripartite offered a party anthem for ages!

Real Kid Original gets us off in this tune; his big presence both in vocality and feel influences heavily on this tuneful phenomenal. The ski-like melody and vocal drops dance and wave through with joyous remembrance before the more determined deep-phased rhythmic enigma explodes right under your speakers- all the while being escorted with gracious efficiency by Real Kid Original’s own lyrical mysticism. The way he is able to redefine the rhythm to match his own rap vocals is a super fascination and he makes sure you will never forget this performance true to his words he flies like a butterfly and stings like a bee- how about that!

BSTAR like a superstar re-imagined takes his own moment with great maturity and swag- laying off some special heavy bars and owning his moment like some MVP straight out of a basketball court! Female MC M1ne finishes this off with her cut-throat lyricism and power play rhyme scheme as she proves her worth like her predecessors and makes sure a listener is spoiled for choice!

We have a party anthem at our ranks and it is available on all the major streaming platforms as we are talking right now!

Catch Up With Real Kid Original on: